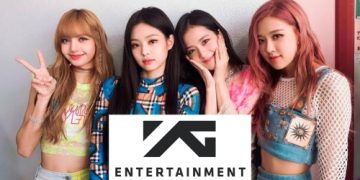 On October 12, the agency released the following official statement:

“Hello, this is the manager in charge of [BLACKPINK’s] fan support.

We would like to make an announcement regarding fan support to the fans who always give their support to BLACKPINK and for whom we are grateful.

This year, the BLACKPINK members celebrated the fifth anniversary of their debut and, once again, received more congratulations from the fans than they could ever have asked for. After the BLACKPINK members carefully debated for a long time over the issue of the fan support and gifts that their fans have poured their hearts into preparing all these years, we are making this difficult announcement.

We will respectfully no longer be accepting any fan support or mailed gifts that fans prepare to celebrate BLACKPINK’s special occasions, such as anniversaries (the group’s debut anniversary, solo debut anniversaries, or birthdays), broadcasts (music shows, radio shows, or variety shows), or concerts (snacks, celebratory wreaths).

We would be grateful if you would give the gifts and fan support you prepare to convey your love and celebrate these special days to places where they are more needed. Aside from fan letters, please keep in mind that any mailed gifts or delivered packages will be either returned or thrown away. We ask for fans’ cooperation and understanding.

Thanks to the support of their fans, BLACKPINK will continue to pursue an even wider variety of activities in the future, and they will work hard to become even cooler artists. Please continue to give them lots of interest and love.