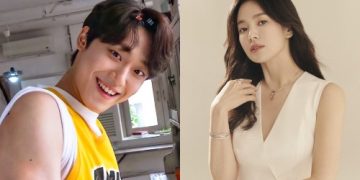 On October 13, according to director Kim Eun Sook, “Lee Do Hyun will be joining Kim Eun Sook’s new movie ‘The Glory’ as the main character.”

In response to the report, the actor’s agency Yuehua Entertainment commented, “Lee Do Hyun has received a casting offer for ‘The Glory’ and is reviewing.”

The upcoming film is a sad revenge story that begins with a high school student who dreamed of becoming an architect but had to drop out after suffering brutal school violence.

“The journey under review by Lee Do hyun is the son of a wealthy family, who grew up like a flower in a greenhouse. In the play, he appears as a charming character who gets entangled with Dong eunand helps her get revenge.”

Years later, the killer got married and had a child. When the child is in elementary school, the former victim becomes their homeroom teacher and begins his radical revenge against the perpetrator and bystanders during his days of being bullied. In January, it was announced that Song Hye Kyo was confirmed to play the lead role, named Dong Eun.

Lee Do Hyun has been cast as Joo Yeo Jung, a carefree and smiley character. Instead of just being the prince of charming Dong Eun, he decides to become her means of revenge.