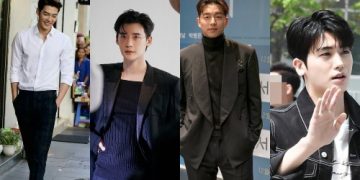 When it comes to K-Dramas, some iconic actors come to mind. Unfortunately, sometimes those actors take a break from the K-Drama world. It could be because of a personal hiatus, health issues, or even due to serving in the military.

Luckily for us, 4 of our favorite actors are making a comeback to the K-Drama screen in the second half of 2021. Read all about the projects that they are returning with.

Park HyungSik will appear in his first drama since being discharged from the military. The last K-Drama we saw him in was the 2018 Korean remake of “Suits.” It has been a long wait.

The drama is called “Happiness,” and is an apocalyptic drama about the spread of an infectious disease through a city. The drama focuses on human emotions during a high-pressure situation such as an apocalypse.

He will be working with Ahn GilHo, the producer of “Record of Youth,” “Memories of the Alhambra,” and “Stranger.” Park HyungSik will be acting alongside Han HyoJoo and Jo WooJin.

The date has not been confirmed, but the drama is set to drop in the second half of 2021. 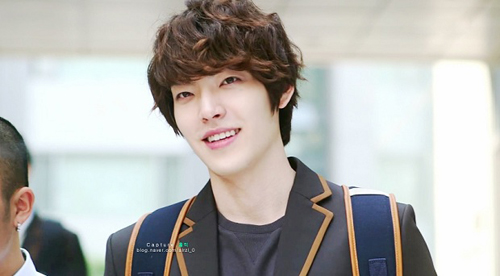 After taking a couple of years off to be treated for nasopharyngeal cancer, he is now recovered and ready to return to the screen. The last drama that we saw him in was “Uncontrollably Fond,” in 2016.

Kim WooBin has recently finished filming for his role in the Korean blockbuster “Alien,” which is directed by Choi DongHoon and stars Ryu JunYeol, So JiSeob, and Kim TaeRi. It is about swordsmen in Korea’s Goryeo era and aliens in the present. They filmed two parts of the film at the same time.

Besides the movie, Kim WooBin has been offered a role in a dystopian drama called “Delivery Knight.” The story is based on a webtoon and takes place years from now, in a dystopian society where the air quality has become so bad that people rely on courier services.

He was reported to be positively reviewing the role in July, but his role has yet to be confirmed. The female lead role was offered to Esom who is also currently reviewing the offer. The two would be reuniting on screen again after filming the drama “White Christmas,” together 10 years ago.

Lee JongSuk will be making a comeback for the first time since being discharged from the military. His last drama was “Romance Is A Bonus Book,” in 2019. It has been a long 2-year wait.

Lee JongSuk took on his first film role after the military, as a navy captain in an action movie called “Decibel.” He will have to stop a terrorist from setting off a sonic weapon in the middle of a populated city. The film also stars ASTRO’s Cha EunWoo and Kim RaeWon. Filming began in April of this year, and the movie is expected to be released by the end of the year.

He will also be taking part in the legal drama “Big Mouth,” which is scheduled to be filmed in the second half of this year. The drama is set to be star-studded with Girls’ Generation’s YoonA playing the female lead and a supporting cast that includes actors Kwak DongYeon, Ok JaYeon, Kim JooHeon, and Yang KyungWon.

Not only that but the drama is being directed by Oh ChungHwan, who directed the popular dramas “While You Were Sleeping,” “Hotel Del Luna,” and “Start-Up.” It is the story of a lawyer with only a 10% winning average and a big mouth that doesn’t match his abilities. Despite this, he takes on a strange murder case with unexpected truths.

As a third project, post-military, he is also said to be making a cameo in the film “The Witch: Part 2,” due to his close relationship with the director Park HoonJung. He is the same director who worked with Lee JongSuk on his drama “V.I.P.”

“The Silent Sea” is directed by Choi HanYang. It is set in the future when Earth is being deserted. The fate of Earth then rests in the hands of a specialist team that will go on a mission to the Moon to retrieve a piece of research. Gong Yoo will be starring in this original Netflix K-Drama.

It is set to be one of the most-anticipated dramas, also starring actress Bae DooNa. This is Gong Yoo’s first K-Drama in 5 years, making fans even more excited to see it.

Netflix hasn’t confirmed the release date for “The Silent Sea,” yet, but it is scheduled to be released in the second half of 2021.

It’s great to see some of the heartthrobs of K-Dramas returning to the screen. Whose drama are you most looking forward to?