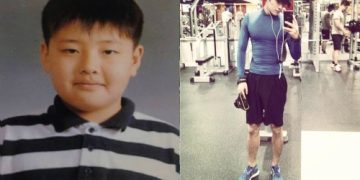 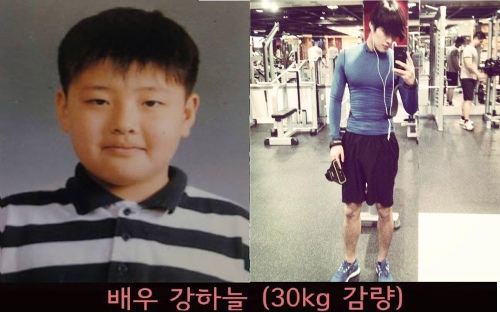 Kang Ha Neul is currently an A-class male talent of Kbiz with a masculine, solid body. He received much love from fans for his good looks as well as his outstanding acting talent.
However, few people know that he was extremely fat when he was a student. At one point, he weighed up to 100kg and was criticized by his friends.
In a program with SBS, his successful weight loss story was revealed:

Hosts asked Kang Ha-neul whether he goes on an dieting casually, and Kang Ha-neul answered, “When I was little, I gained a lot of weight, But ever since I lost my weight I don’t eat dinner anymore.” 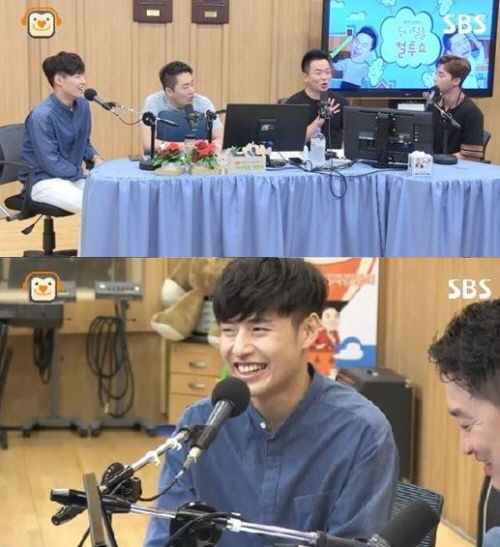 Then a host continued to ask him, “Does that mean that you don’t eat anything else while you are drinking either?” 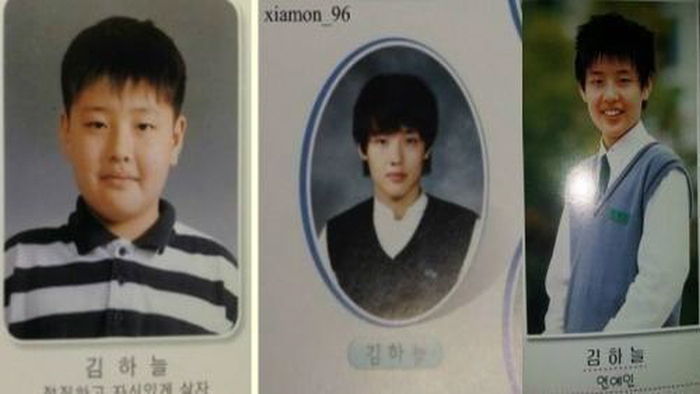 In the past, Kang Ha-neul made an appearance at MBC ‘Radio Star’, and shared about his past days.
He said, “When I was in middle school, I weighed about 100kg, and I had social phobia.” 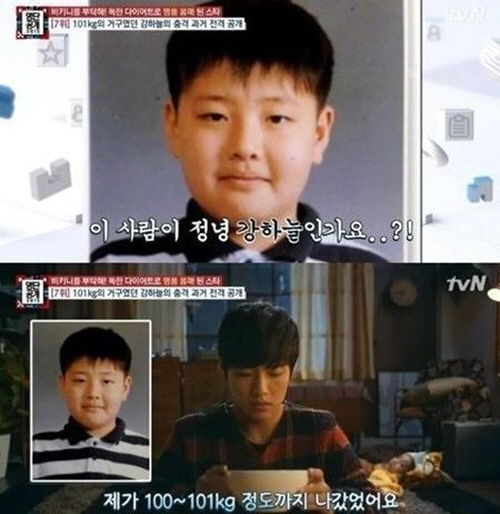 “One day, when I was about to open my bento box to eat lunch, I got a sticker note saying ‘Since it will make you fat, I can eat it for you’. That shocking note motivated me lose 30kg.”