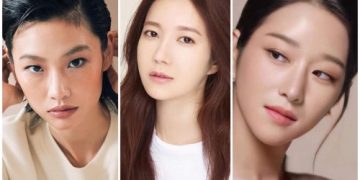 Three Korean Beauties Suddenly “Changed Their Lives” Thanks To A Role!
With just one role, the careers of Lee Ji Ah, Seo Ye Ji, and Jung Ho Yeon have turned to a new turning point, helping them rise to the position of A-list stars in the entertainment industry.
Lee Ji Ah

Lee Ji Ah, born in 1981, began to emerge with the main role in the TV blockbuster The Legend (2007), co-starring with Bae Yong Joon in 2007. The film has a budget of about 45 million USD and has The presence of Bae Yong Joon became a phenomenon of the Korean small screen in Asia in 2007.

Lee Ji Ah, then an unknown artist, was suddenly chosen to pair with Bae Yong Joon, quickly becoming the focus of Korean media.

The success of The Legend (2007) made Lee Ji Ah a phenomenon of the Korean screen that year, helping her to become an A-list Korean star overnight. 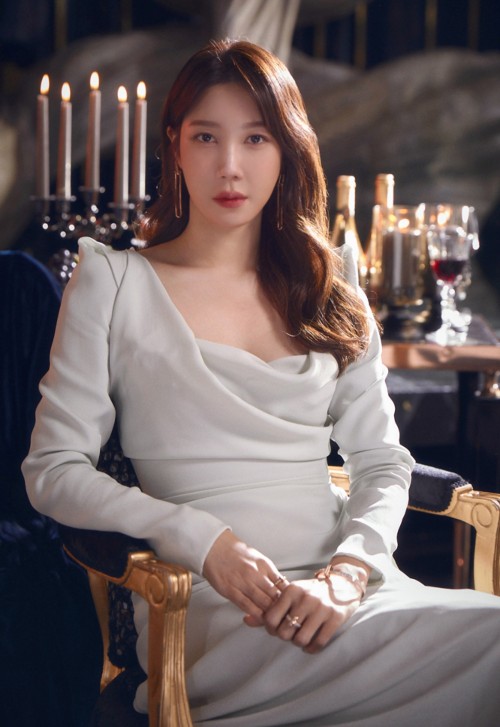 Years after the incident, Lee Ji Ah returned to the Korean entertainment industry. In 2020, she made an impression when participating in the TV project The Penthouse, a movie about Korean tycoons that caused a fever in Asia over the past year. At the age of 42, the actress is still single, she possesses a beautiful and youthful appearance like she is only in her 20s, surprising the audience.

Jung Ho Yeon was originally a model and once made an impression on Korea’s Next Top Model in 2013. Before participating in the movie Squid Game, Jung Ho Yeon was a famous Korean model abroad.

Jung Ho Yeon’s first role helped her become a global celebrity with more than 15 million followers on Instagram and was invited by the famous brand Louis Vuitton to be a global ambassador for the fashion product line. watches and jewelry.

Seo Ye Ji, born in 1990, started her acting career in 2013. However, the job Seo Ye Ji wanted was to become an announcer.

After 7 years of filming, although her acting talent is recognized, the 9X beauty has not been really noticed by the audience and it was not until the movie It’s Okay to Not Be Okay that she really made a strong impression on the audience. fake television.

The series aired in the summer of 2020 and quickly became one of the hottest Korean dramas in 2020.

It’s Okay to Not Be Okay tells the story of love and the complicated inner world of young people with psychological problems. Seo Ye Ji’s exquisite acting, perfect fashion sense and hot figure have helped her rise to the rank of a new Korean star in 2020. 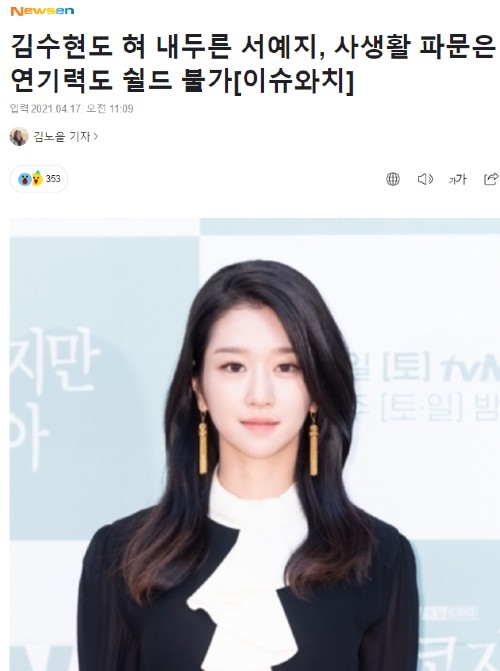 Thanks to her role in It’s Okay to Not Be Okay, Seo Ye Ji’s name has always reached the top of searches on Korean social networks. She also became the favorite advertising face of many brands thanks to her small face, harmonious lines and sharp figure like a professional model.

However, at the beginning of 2021, Seo Ye Ji was suddenly caught up in a “scandal” of manipulating her ex-boyfriend, actor Kim Jung Hyun, was discovered lying about studying abroad, causing her to be turned away by the audience. Nearly half a year ago, Seo Ye Ji no longer appeared at events or media.
However, she has now regained her composure and is set to return in the upcoming movie “Eve’s Scandal”!