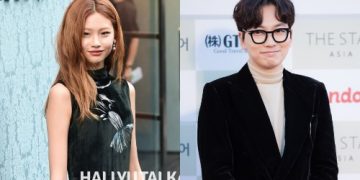 Since the release of Netflix‘s insanely popular Squid Game, viewers have been going crazy over its storyline, the games featured, and of course, its talented cast. One cast member who has been thriving since the drama’s release is model and actress Jung Ho Yeon who plays Kang Sae Byeok in the drama.

Following the airing of Squid Game, many have fallen in love with the rookie actress and she’s even gained a huge surge in followers on Instagram. With the giant increase of followers, Jung Ho Yeon actress-model Jung Ho Yeon is now the most followed Korean actress on Instagram!

With the bright spotlight shining on her, many facts about Jung Ho Yeon have been brought up. One aspect of her life that was brought to light is her long-term relationship with actor Lee Dong Hwi! Many may recognize Lee Dong Hwi from the popular Reply 1997 that also starred Girl’s Day‘s Hyeri, Park Bo Gum, Ryu Jun Yeol, and more.

The two have been in a relationship since 2016 and many were curious to know how Lee Dong Hwi felt about Jung Ho Yeon’s amazing success. In her recent interview with Newsen, Jung Ho Yeon revealed Lee Dong Hwi’s reaction to both the success of the K-Drama and her own personal success.

“He has been super proud of me since. Since we work in the same industry, he is always such a good sunbae, a good friend, a good support to me. He encourages me and tries to take good care of me. He’s kind of like my dad.”