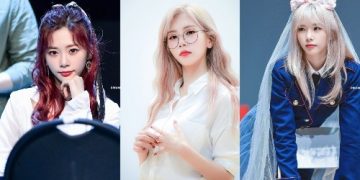 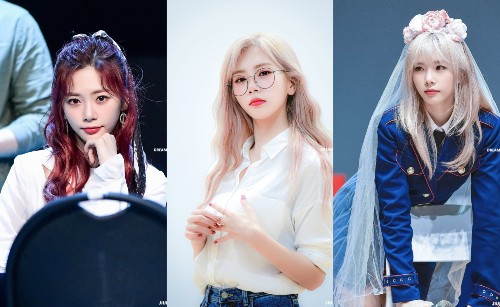 Dreamcatcher JiU
Kim Min Ji (김민지) or simply known by her stage name JiU (지유) is a Korean artist under Dreamcatcher Company. She is also the leader, lead dancer, vocalist and visual of K-Pop girl group Dreamcatcher and a former member of MINX. 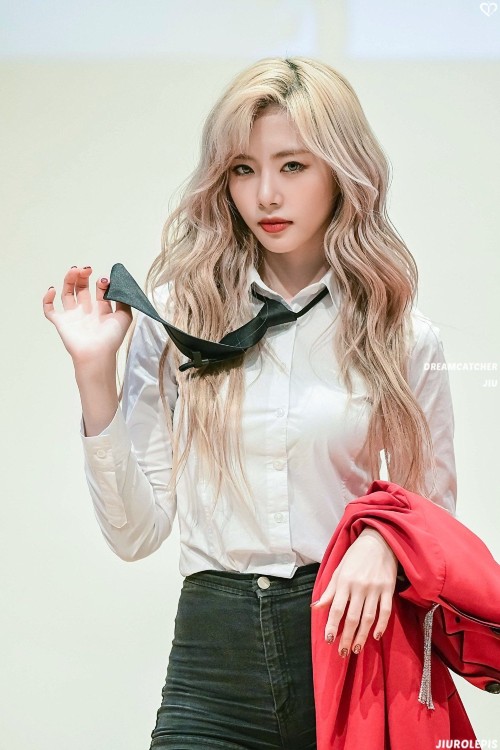 Her visuals are very fairy-like, and she perfectly fits the title of a Visual Queen. Jiu is very much known for having very high-quality face features. She keeps stealing the hearts of the public with these round bright eyes, rose petal lips, and a great face shape. So Dreamcatcher JiU winning TOP 25 Most Beautiful Faces In K-Pop is understandable and also proves that she has a huge fan base.
Career
2014–2016: MINX
On September 18, 2014, she debuted as a member of MINX with the single Why Did You Come to My Home?

On November 29, 2016, Happyface Entertainment announced that MINX would re-debut under the name Dreamcatcher, where two new members Gahyeon and Handong were added to the group

2017: Debut with Dreamcatcher
She debuted with the group on January 13, 2017 with the first single album “Nightmare”.

In October, JiU, together with fellow members Siyeon, Yoohyeon, and Dami, became contestants on the survival show MIXNINE. However, on December 10, it was announced that all four members would be leaving the show.