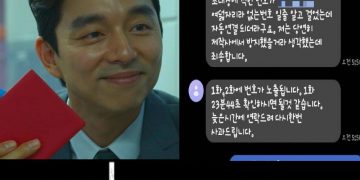 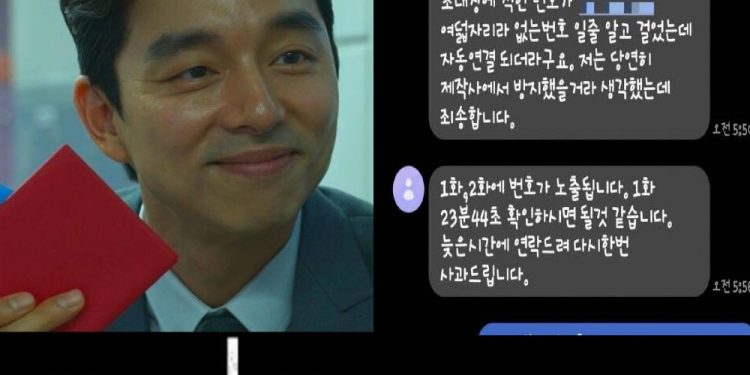 For those not yet in the know, Squid Game is Netflix‘s latest hit drama. The drama is so popular that it’s the first K-Drama ever to hit number one on Netflix charts in the US. However, there is one person that’s suffering from its popularity.

In the drama, a name card is given to potential participants. They have to call the number on the card to be invited to the games.

Unfortunately, the drama production team made the mistake of taking out the first three digits of the number instead of the middle or last 4. For Korean phone numbers, the first three digits are area code by city, with the most common one being 010 for Seoul. However, if only the last eight digits are provided without an area code, it’s possible that the call connects automatically if you are in the area.

The actual owner of the phone number gave a statement to Money Today, claiming that they had been bothered by viewers of the show.

“After Squid Game aired, I have been receiving calls and texts endlessly, 24/7, to the point that it’s hard for me to go on with daily life. This is a number that I’ve been using for more than 10 years, so I’m quite taken aback. There are more than 4000 numbers that I’ve had to delete from my phone (viewers) and it’s to the point where due to people reaching out without a sense of day and night due to their curiosity, my phone’s battery is drained and turns off. At first I didn’t know why but my friend told me that my number came out in Squid Game and that’s when I realized.” — Victim

They revealed a text they received from a curious viewer who had tried calling them.

“There’s a hot drama recently called Squid Game that’s produced by Netflix and in the invitation card there, the eight digits of the phone number [censored] was written. As it was only eight digits, I thought it wouldn’t exist and so I tried calling it but it connected automatically. I thought that of course the production team would’ve taken preventive measures. I’m sorry. The number appears in episode 1 and 2. You can confirm it around the 23:44 mark for the first episode. I’m sorry once more for contacting you late at night.” — Viewer 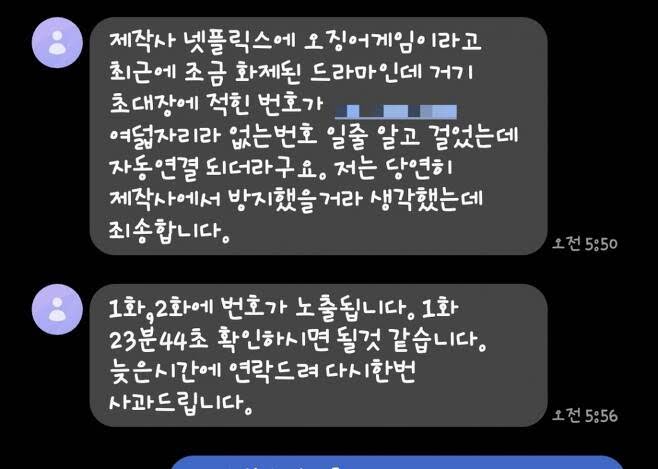 Unfortunately for Netflix, revealing someone’s personal information such as their phone numbers, is prohibited by law. A lawyer that was consulted by the media claimed that although it’s hard to tell without a proper verdict, there are indeed parts where they have broken the said law. Netflix could face either a hefty fine or some time in jail. 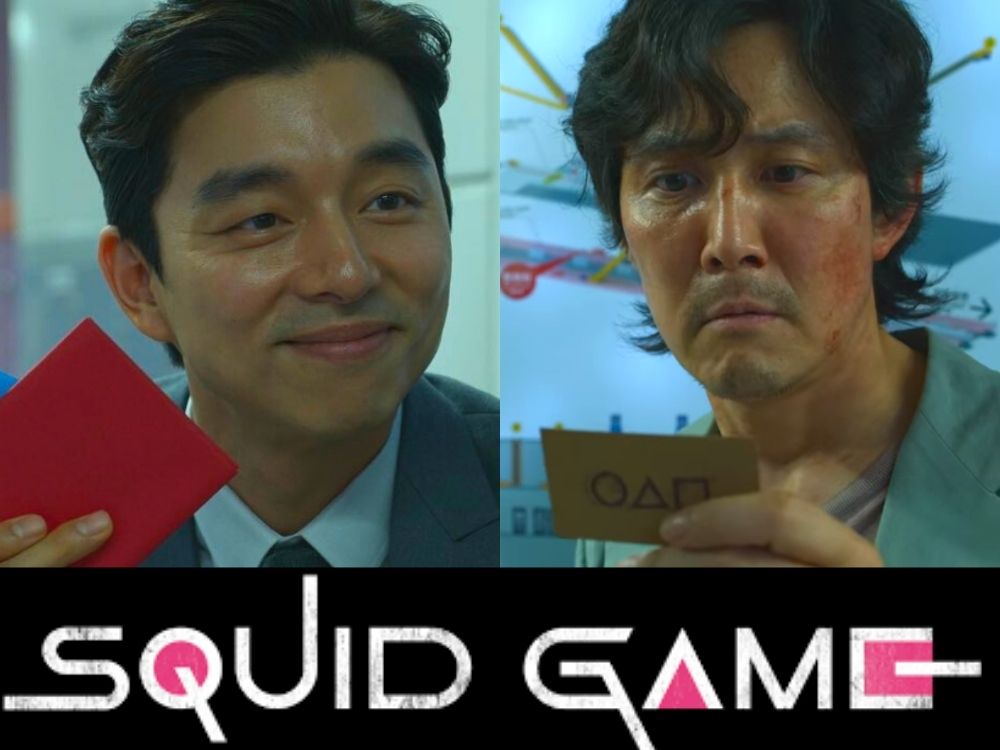 The production team, Siren Pictures, and Netflix have not been contactable by the media. However, a representative from Netflix made a statement to say that they are taking into account all the problems and will try their best to solve it.