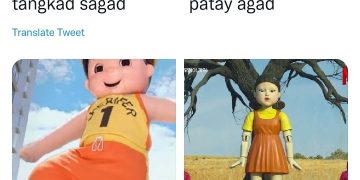 Have you Know the ‘Squid Game’ 10-foot-tall doll on a pedestrian lane near a Metro Manila mall yet?
Want to get the creeps like the players do in Netflix Korean hit series “Squid Game”?

In a video Netflix shared on Facebook, a Squid Game 10-foot-tall doll stood on a pedestrian lane watching people cross towards a mall entrance in the Philippines and giving them the creeps.

According to Netflix, the doll is located at Robinsons Galleria Ortigas Mall East Wing Entrance. 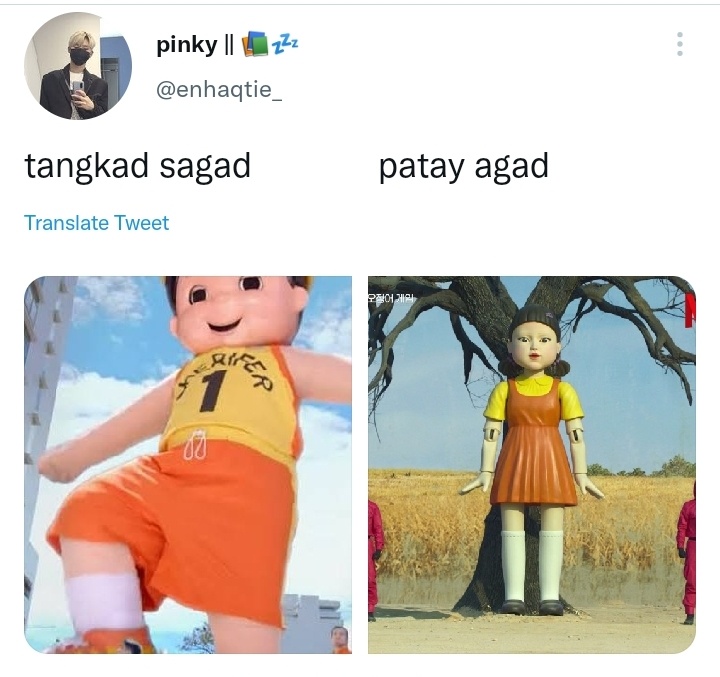 “Better play by the rules because she’s always watching. Will you make it past the first round of Squid Game?” Netflix wrote in the caption of the post.

The huge doll wearing the yellow and orange dress grew popular after it appeared on the first episode of the hit Korean Netflix series “Squid Game.”
It belongs to the first game of the series called “Red Light, Green Light.” The doll signals players to stop and go as they walk towards the finish line.

“Squid Game” is a new series on Netflix that tackles good ol’ competition using children’s games. Some 456 competitors will be fighting for the prize money amounting to 45.6 billion Korean won. But to win, the other 455 should be killed.

The giant doll has both pedestrians and local netizens going crazy with hilarious comments, with one generating over 72,000 shares as of writing.

Meanwhile, “Squid Game” is currently among the Top 10 titles on Netflix Philippines after premiering on the streaming site last weekend. It features Filipino actor Christian Lagahit, who works as an English teacher in South Korea.