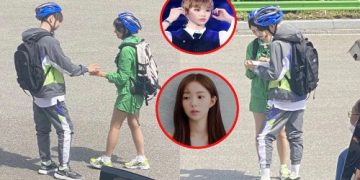 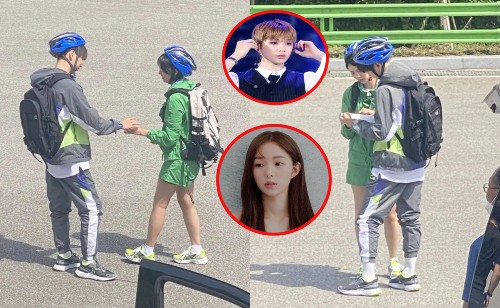 Recently, netizens have suddenly spread photos taken from a distance of a couple wearing sportswear together. Netizens immediately recognized it as Chae Soo Bin and Kang Daniel. Many people think that maybe the couple is in a relationship. 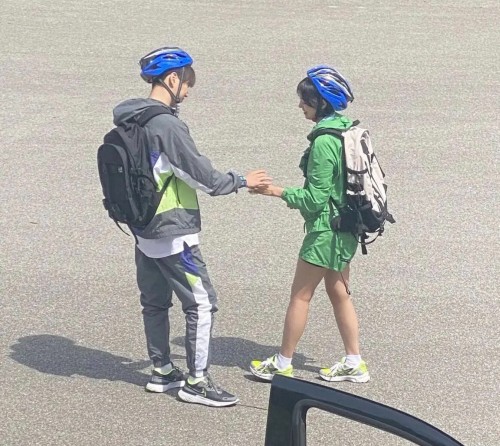 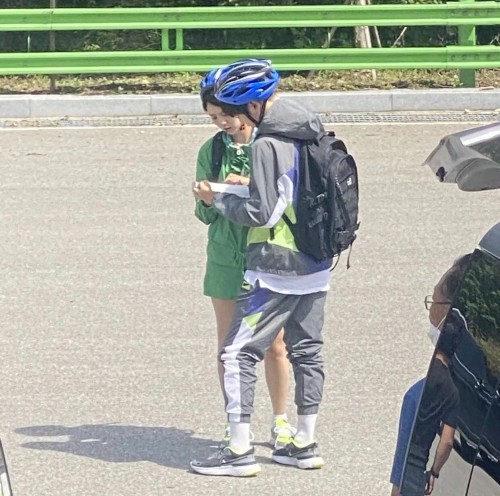 It can be seen that the couple has quite intimate and emotional gestures.
However, many netizens also believe that this is Chae Soo Bin and Kang Daniel in the process of filming.
Since earlier, On March 9, a source from King Kong by Starship revealed, “Chae Soo Bin has received the offer to star in ‘Our Police Course,’ and she is positively reviewing the offer.”

“Our Police Course” (literal title) will revolve around young adults born in the year 2000 making their way through college life in their own unapologetic ways at one of the most conservative universities in Korea.

Previously, it was reported that Kang Daniel was in talks to play the role of Wi Seung Hyun, an honors freshman starting out at the Korean National Police University. He admires his father, who is the Commissioner of the Gyeonggi Dongbu Police Agency. He sets out on following in his father’s footsteps but runs into hurdles as he gets involved with a woman named Go Eun Gang.

“Our Police Course” will be written by scriptwriter Lee Ha Na, who was acknowledged for her writing skills through KBS’s and MBC’s screenplay contests, and it will be helmed by producing director (PD) Kim Byung Soo, who worked on “Hwayugi” and “He Is Psychometric.” Studio and New will be in charge of the production, and the broadcasting channel is currently under discussion including global OTT (over-the-top) streaming platforms as an option.