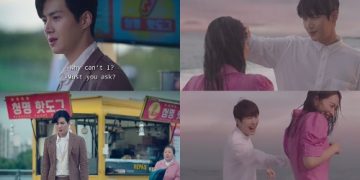 On September 5, the new melodrama starring Kim Seon Ho and Shin Min Ah achieved its highest viewership rating ever. According to Nielsen Korea, the fifth episode of “Hometown Cha-Cha-Cha” achieved an average nationwide rating of 10.0%, taking first place in the time slot on all channels and setting a new personal record for program.