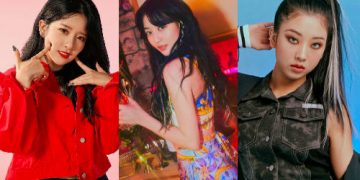 Every kpop group is consist of members with different roles and position in the group. In a group there is a particular member who hold the big responsibility and that is being the group’s leader. Being a leader is not easy that is why it’s common for the oldest member of a kpop group to assume the position of leader but it’s not always the case for some kpop groups. These 5 popular female idols aren’t the oldest member but they did a pretty good job in leading their respective group.