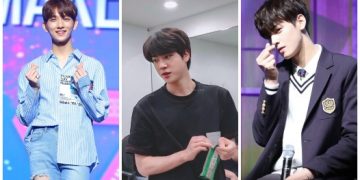 8 K-Pop idols who radiate “college boyfriend vibes” energy
As overused as the word “vibe” is, especially in this day and age, nothing else can describe the type of energy a person or thing gives off better. Vibes are not something that can be defined. It is a feeling that is evoked by the presence of someone. We’ve all heard of the term “college boyfriend vibes” being used for male K-Pop idols lately.

your camera roll if cha eunwoo was your boyfriend, a thread pic.twitter.com/LKG0jndN1i

jaehyun as your college boyfriend, a thread: pic.twitter.com/hoSC1e1fq6