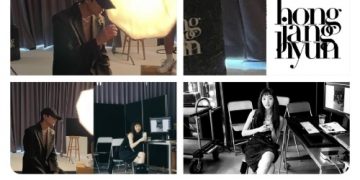 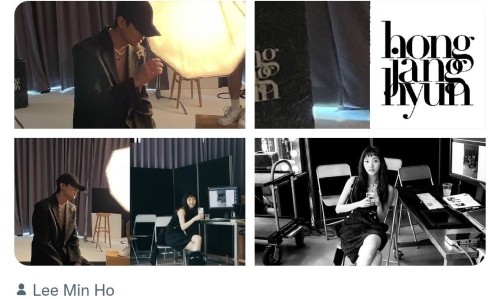 After the movie “The King: Eternal Monarch” ended, the main actor couple Lee Min Ho – Kim Go Eun were constantly “pushed boat” by the fans because they were too matched.

Because fans hope that Lee Min Ho – Kim Go Eun will become a real couple. So far, the shipper has given himself another expensive proof, the lovestagram on the two actors’ personal pages. On August 26, Kim Go Eun showed off a series of beautiful behind-the-scenes photos of the studio shoot. Then on August 28, Lee Min Ho also posted similar behind-the-scenes photos. Looking more closely, people discovered the couple of The Kings: Eternal Monarch and checked-in at the studio of famous photographer Hong Jang Hyun. Posting photos at the same time and same place, Lee Min Ho and Kim Go Eun make people doubt their real relationship, whether the two stars came to the studio at the same time and participated in a project together?

I dont know but if feels like universe rewarded me today and gave me a glamorous lovestagram 😍😭#LeeMinHo #KimGoEun #MinEun pic.twitter.com/5uDFDbCCKD