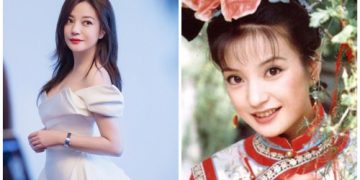 One of China’s most popular film stars, Zhao Wei, appeared to be the latest target of an internet take down, as Beijing ramps up its crackdown on the entertainment industry and fan culture.

On streaming sites, such as Tencent Video, many major works of the 45-year-old actor no longer played Thursday evening, according to local newspaper China Business News, and her name had been scrubbed from the titles’ landing pages.

Zhao has served as a brand ambassador for the fashion house Fendi and the fan club for the actor on China’s Twitter-like platform Weibo also became inaccessible as of Friday afternoon.

Also known as Vicki or Vicky, Zhao shot to fame in China in 1998 for starring in the TV series “My Fair Princess.” She also appeared in the epic war film “Red Cliff” and received critical accolades for her leading roles in feature films such as “Dearest” and her directing debut “So Young.”

The reason for the move wasn’t immediately clear. Zhao’s studio didn’t respond to an emailed request for comment Friday. The Chinese National Radio and Television Administration didn’t respond to a faxed question.
Chinese authorities have put the entertainment industry on notice in recent months, over what state media outlets have characterized as “improper fan activities.” The Chinese cyberspace regulator asked social media platforms Friday to remove all ranking lists of celebrities.

Zhao, who has served on a jury at the Venice International Film Festival and owns a wine chateau in Bordeaux, has also built a fortune through investments including an early stake in Alibaba Pictures Group. Her husband Huang Youlong in 2015 partnered with e-commerce billionaire Jack Ma, founder of Alibaba Group Holding Ltd. on a private equity deal.

In 2018, Zhao and her husband were banned by the Shanghai Stock Exchange from acting as senior executives for any listed companies for five years due to irregularities related to a failed takeover bid in 2016.