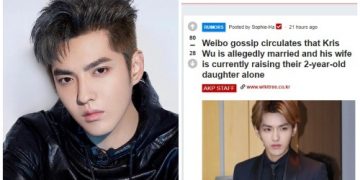 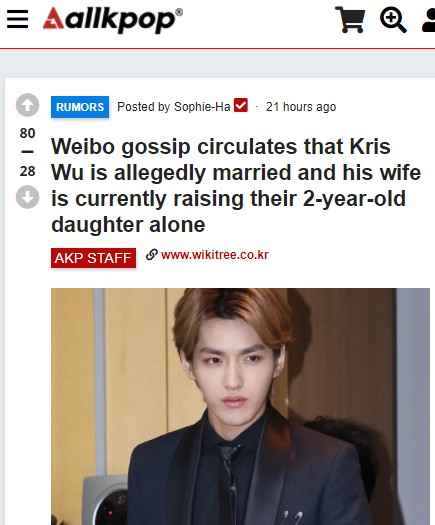 Similar suspicions have been mentioned many times in the past, but all of them are considered rumors because there is not enough evidence. However, the allegations were re-examined regarding Kris’ recent sexual assault allegation.

According to rumors, the woman who is said to be his wife is famous for being accepted into prestigious universities in China. Also, rumors say that she is currently raising their two-year-old daughter alone.

Kris Wu and his agency have yet to release a statement regarding this rumor. Meanwhile, Kris has been accused of luring the girls into wearing underwear under the pretext of organizing a private fan meeting or an audition. He was arrested by the police and is currently being held in a detention center.