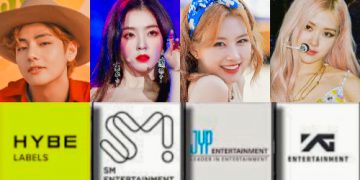 Check out how much each company made this quarter! 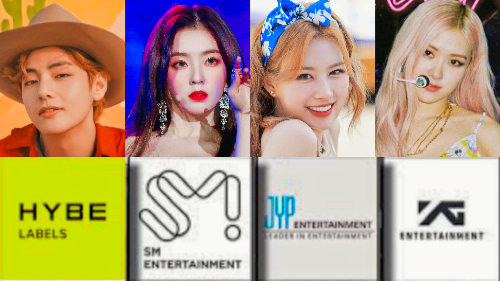 First is when it comes to their Revenue which is a company’s total income from all sales , second is their Operating Profits which is how much money the company has left after paying most of their expenses , not including savings or investment profits. And lastly the Net Income which is the most important figure that shows the true profitability of a company, their earning from all cash flows minus all costs and expenses.

YG Entertainment’s finances have seen a downturn since the first quarter of 2021, when the company reached ₩8.65 billion KRW (about $7.42 million USD) in net income thanks to comebacks from TREASURE, iKON‘s Bobby, and WINNER‘s Seungyoon as well as BLACKPINK Rosé‘s solo debut.

However, JYP Entertainment has also declined financially since the first quarter of 2021. Despite not releasing any new music between January and March, the company reached ₩12.0 billion KRW (about $10.3 million USD) in net income.

SM Entertainment has almost doubled its earnings from the first quarter of 2021, when the company reached ₩8.67 billion KRW (about $7.44 million USD) in net income after SHINee, Super Junior, and EXO’s Baekhyun made their comebacks.

After a quiet first quarter, Q2 of 2021 saw numerous HYBE artists make their comebacks: BTS, TXT, SEVENTEEN, NU’EST, and ENHYPEN, all racking up sales and streams.

HYBE’s earnings have seen an uptick since the first quarter of 2021, when the company reached ₩15.8 billion KRW (about $13.6 million USD) in net income with no comebacks.