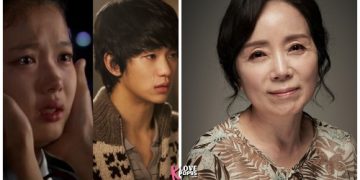 On August 17, Korean media reported that Moon Embracing Sun actress Kim Min Kyung passed away at the age of 61 yesterday (August 16). The cause of the actress’s death was not disclosed. Kim Min Kyung’s funeral will be held on August 18 at St. Mary, Catholic University of Korea, Seoul. After that, the actress will be buried at Namhangang cemetery.

This news made netizens surprised and saddened. Actress Kim Min Kyung was born in 1960, started her acting career in 1979 and has 42 years in the profession. Kim Min Kyung works hard to act in dramas and the older she gets, the more she leaves a deep impression with the role of a mother who has suffered many tragedies.

Some famous works featuring the late actress can be mentioned such as Moon Embracing Sun, Tazza, My Daughter Seoyeong, The Flower in Prison 2016, When the Camellia Blooms…
In particular, she made a deep impression in the movie Moon Embracing Sun, even though she was only a supporting actress, her role still captured the hearts of fans. And she still maintained a good relationship with junior actors after the end of the drama, so many actors such as Kim Soo Hyun, Kim Yoo Jung, Kim So Hyun and the cast of Moon Embracing Sun expressed their feelings grief over her passing.

Before his death, Kim Min Kyung still appeared in the stormy series Mouse and So I Married an Anti-fan in April and May, leaving a deep impression on the audience. That’s why when she passed away suddenly, many viewers of the two films felt shocked and mourned.