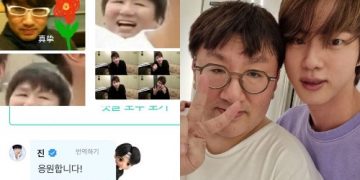 The person behind the success of BTS and a series of famous Korean artists owns a fortune of 2.3 billion USD, becoming the richest person in the Kpop world.

In the list of IPO billionaires (starting billionaires, billionaires listed on the stock exchange for the first time) in 2021, according to Forbes’ statistics, only Bang Si Hyuk – the boss of BTS – is a character working in the company. entertainment sector. The state’s total assets are estimated at $2.3 billion.
According to the South China Morning Post, all people working in the Korean music industry respect Bang Si Hyuk because of his talent, power and influence. He is really the current tycoon of the Kbiz entertainment industry. 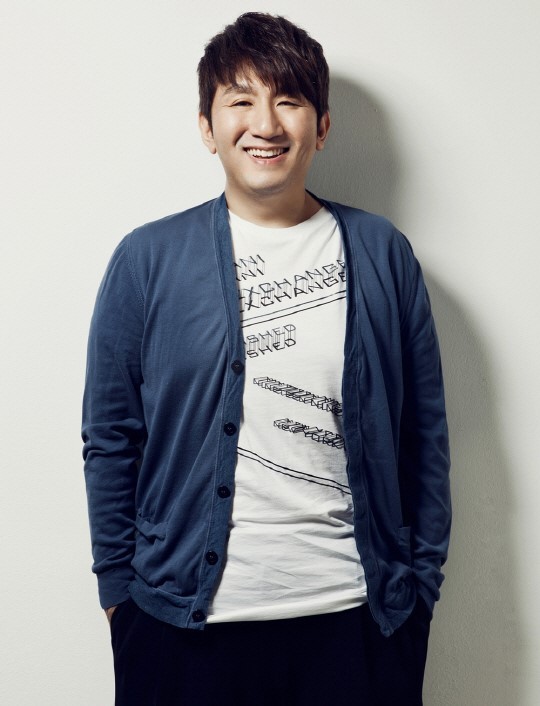 Born in Seoul on 9 August 1972, Bang Si-hyuk started his career as a music composer after joining Seoul National University. At the university, he scored the second-highest GPA in the department of aesthetics.

He subsequently joined forces with producer Park Jin-young, head of JYP Entertainment, and quickly rose to fame with the company while serving as a chief composer. During his time at JYP, Bang was behind the compositions of the first first-generation K-Pop band g.o.d. One of his most significant associations during this period was with the iconic Korean singer-actor Jung Ji-hoon, better known as Rain.

Known by his nickname “Hitman” from his hit-making career at JYP, Bang launched his own record producing company, Big Hit Entertainment, in 2005. The name of the company was inspired by his own nickname.

The firm began on a slow pace. According to reports, artists would come to play games on the company’s Nintendo Wii in the office, while Bang would continue writing hit songs such as K-pop band 2AM’s L.O.V.E., former T-ara member Soyeon’s What Should We Finish? and Beast’s Shock of the New Era.

However, the company was not exactly going anywhere. Big Hit Entertainment almost went bankrupt in 2007. He also struggled to demonstrate an artist’s personality in his music, which other musicians were able to do. 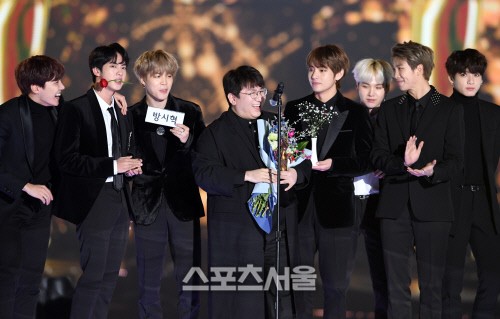 Then, Bang came across a 15-year-old boy’s demo tape and immediately signed him under his label. That boy was RM, now the leader of BTS whose other members include Suga, Jin, J-Hope, Jimin, Jungkook and V. In 2010, Bang had started assembling a group around RM under the tentative name Bulletproof Boy Scouts, and overcoming his earlier insecurities.

In an interview with TIME magazine, Bang said that he wanted to build a hip-hop crew but switched to the K-Pop idol model, after considering the business aspect. He completely transformed the style, purpose and personality of the band over the course of two years, giving the group an image that was distinct from other K-Pop idol groups of the time. In doing so, he allowed the band to have more freedom and to publicly express their genuine thoughts about pressure of expectations. Though K-Pop band Big Bang had many similarities with regard to its philosophy, style and conduct, Big Hit Entertainment was able to aggressively market BTS as the ideal idol group that could empathise with their fans and listeners can find a comforting voice in their songs. 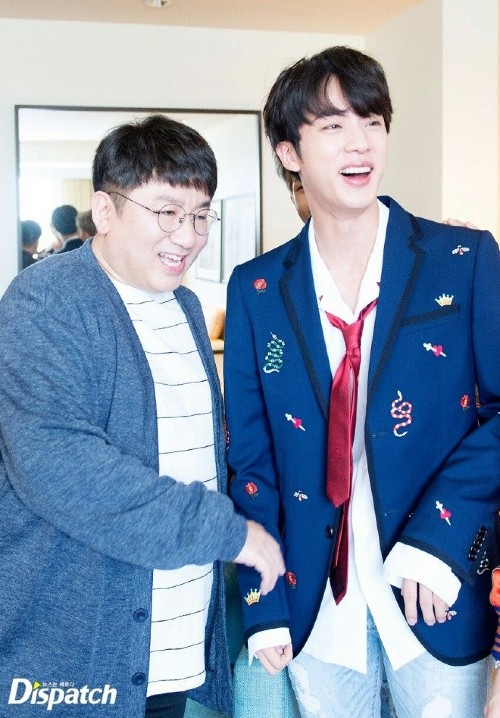 In 2013, BTS was launched with its single album 2 Cool 4 Skool. What has since followed is a windfall for both Big Hit Entertainment and Bang, and a cultural wave that has established Korea as the place with one of the most happening musical scenes in the world.

The success of BTS helped Bang’s company rapidly rise to a powerful position in terms of both music and business. After going public in October 2020, Big Hit Entertainment changed its name to Hybe in March 2021 and expanded its business portfolio to go beyond merely an entertainment company. In April, Hybe acquired Ithaca Holdings, the label behind Justin Bieber and Ariana Grande, for around US$1 billion (RM4.2 billion). Bang also has other K-pop groups under his wings, including Enhypen, Tomorrow X Together aka TXT, and the all-girl group GFriend.

Bang himself is now among the top players at the table. At the time of the initial public offering, Bang’s worth was around US$1.5 billion (RM6.3 billion). In July, Bloomberg Billionaires Index reported that Bang is worth US$3.2 billion (RM13.4 billion) — the value of his shares having risen 131 percent in just nine months. The same month Bang stepped down as CEO of Hybe to focus on music production and his role as chairman of the board of directors. Jiwon Park succeeded him as CEO. 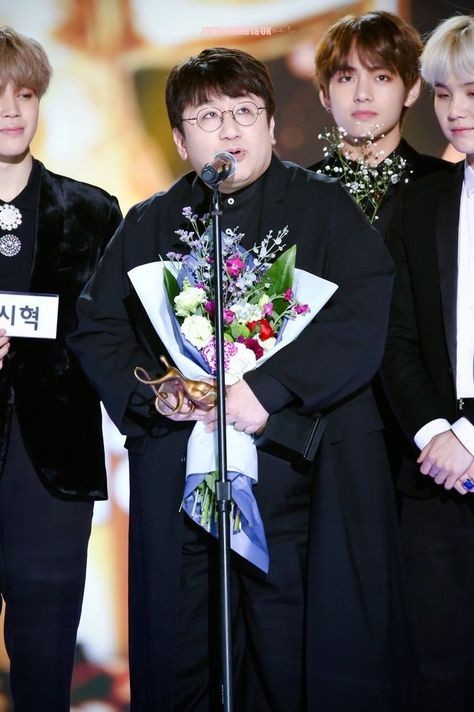 Bang Si-hyuk’s stratospheric rise has been directly proportional to the success of BTS, which today has numerous ‘firsts’ to its credit, including being the first K-Pop act to remain on the Billboard 200 for an entire year, achieved in 2019.

Yet, Bang Si-hyuk is modest about his role behind BTS’ fame. He told TIME that he believes that the success of BTS in the US was not his “brilliant strategy” or them being a “perfect fit,” but had more to do with luck as the band was able to fill a gap that American youths felt was not being addressed.