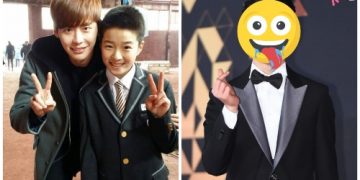 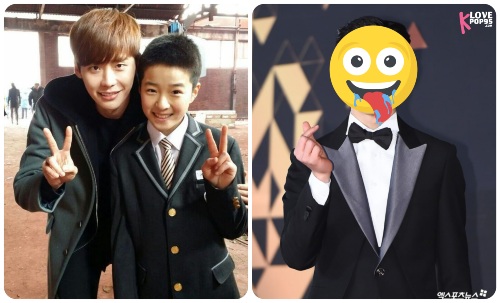 If you are a K-drama addict, you definitely know who Nam Dareum is. Yes, he used to be the child actor who played the young character of several top actors including Lee Jongsuk, Jang Kiyong, and Highlight’s Yoon Doojoon.

He was born in 2002, currently Nam Da Reum is 19 years old, however he has been acting since he was 7 years old. His first role was as a childhood Yoon Ji Hoo (Kim Hyun Joong) in the Korean classic title Boys Over Flower.

The boy’s cuteness and innocence have captured the hearts of millions of fans.
It is extremely special that he has established his career so far while often playing the child version of male leads. In particular, he’s appeared as a younger version of Lee Jong Suk in three works: the film “No Breathing” and the dramas “Pinocchio” and “While You Were Sleeping.”
Nam Da Reum’s sociability and respect for seniors makes him always loved by everyone.

In an interview, he shared about receiving a message of encouragement from senior actor Lee Jong Suk: “I think that’s because the adult actors are really handsome,” he said with a laugh. “I’m just grateful. I’ve played the young version of Lee Jong Suk a lot, and when we meet he greets me warmly. After the end of SBS’s ‘While You Were Sleeping,’ he sent me a message to say that I’d worked hard. I’m grateful.”

The first time Nam Da Reum transformed into a child version of Lee Jong Suk was in 2013, it was a role in the movie “No Breathing”. Since then, more than 8 years, now Nam Da Reum has become an extremely handsome guy that makes female fans fall in love.

After his debut role in 2009 in Boy over Flowers.
From 2010 to 2012, Nam Da Reum continued to act and took on the role of A Choi Kang Ta as a child in Man Called God, as Lee Min Jo in Home Sweet Home, as a young Gyo Ki in Gyebaek, Lee Sung Ha as a child in The King’s Doctor.

In 2013, Nam Da Reum and Kim So Hyun appeared together in The Suspicious Housekeeper as sisters. Then, he took on the role of young Jung Woo Sang (Lee Jong Suk Little Version) in No Breathing. A year later, Nam Da Reum appeared in the TV series Three Days and the movie Kundo: Age of the Rampant.

In the same year 2014, Nam Da Reum received a lot of attention from the audience when playing the role of Ki Ha Myung/Choi Dal Po as a child in Pinnocchio starring Lee Jong Suk. Taking on a character with a complicated psychological development, despite her young age, Nam Da Reum played the role very well and brought a sense of authenticity.

2. 2015 – 2020
Born as a child actor, she has a cute face, so Nam Da Reum is often directed by the director to play the protagonist’s young role. In 2015, the 10x actor participated in the historical drama Six Flying Dragons. In 2016, Nam Da Reum appeared in the 1st and 4th episodes of Goblin. Despite appearing for a short time, her bright appearance and sunny smile helped Nam Da Reum win the hearts of viewers.

In 2017, Nam Da Reum continued to transform into the teenage years of the main characters in the series Bad Thief Good Thief, The King Loves, Rain or Shine/ Just Between Lovers. In The King Loves, Nam Da Reum takes on the role of childhood prince Wang Won. Nam Da Reum’s expression of emotions and character set the stage for Wang Won’s later growth. In Just Between Lovers, Nam Da Reum plays the young Junho, who gets lost in the wreckage and carries the trauma for the rest of his life. Nam Da Reum’s deep and emotional acting has successfully scored points in everyone’s eyes.

Most especially, Nam Da Reum’s appearance in While You’re Sleeping made fans excited. At that time, Nam Da Reum took on the young role of Jung Jae Chan’s character, this was also the third time he acted as a child version of Lee Jong Suk. With a new look in platinum hair and smooth acting, Nam Da Reum “stolen” the hearts of fans.

In 2018, Nam Da Reum and Kim So Hyun reunited after 5 years in Radio Romance. However, this time, Nam Da Reum took on the role of young Ji Soo Ho and did not appear next to Kim So Hyun. When participating in the film, Nam Da Reum was 16 years old and he made a big impression with his pure first love standard appearance.

Also in the same year 2018, Nam Da Reum once again became a hot topic of discussion on forums when appearing in Come and Hug Me. Nam Da Reum has successfully portrayed the character Yoon Na Moo with a strong appearance but containing silent pain. Next, the actor became the young version of Lee Je Hoon in “Where Stars Land”. Nam Da Reum’s visual acting along with mature masculinity has received much praise from the audience. 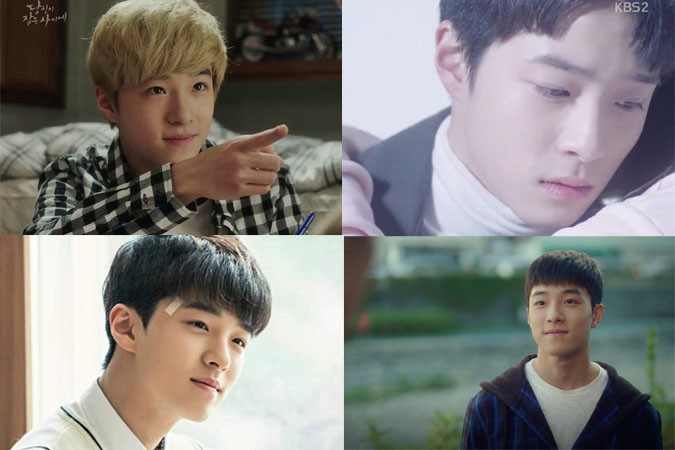 The films While You’re Sleeping, Radio Romance, Come and Hug Me and Where Stars Land are milestones marking Nam Da Reum’s growth after a long time with the child star title.
In 2019, Nam Da Reum took on the role of God of Well in the blockbuster Hotel Del Luna. The actor left an impression with his long flowing hair and appeared in the middle of a vague and fanciful smoke. Besides, Nam Da Reum had a role in the Korean school drama Beautiful World.

By 2020, Nam Da Reum participated in the TV series A Piece of Your Mind, Start-Up and Private Lives. These films have shown that Nam Da Reum is no longer an innocent child star of the day, but now he has grown up to be a handsome man.

3. 2021
In 2021, Nam Da Reum became a guest in Doom at Your Service starring Seo In Guk and Park Bo Young. Appearing as a cameo in a number of episodes, Nam Da Reum made viewers unable to take their eyes off and commented that the older he is, the more handsome he is.

Next, the movie “The 8th Night” by Nam Da Reum and Kim Yoo Jung with veteran actors Lee Sung Min, Park Hae Joon was released to the audience. At the same time, the actor’s second movie called Sinkhole was also “released” in August 2021. 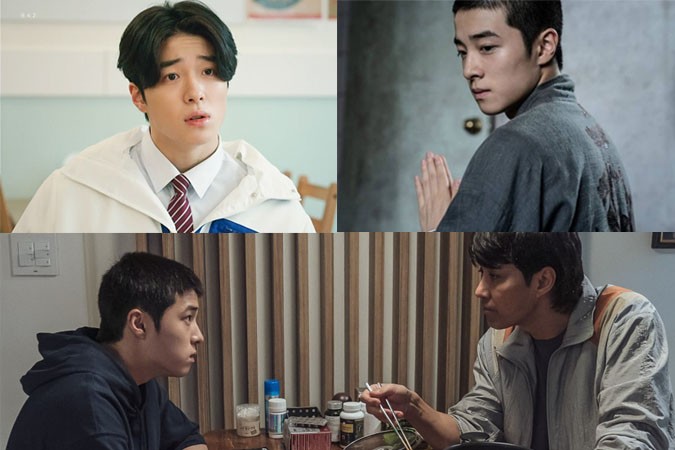 Create Nam Da Reum’s character in Doom at Your Service, The 8th Night and Sinkhole. As he matures, Nam Da Reum is not only handsome but also shows his talented acting ability.
The most special thing in 2021 is that Nam Da Reum got his first lead role in the web-drama The Great Shaman Ga Doo Shim. The collaboration of the once child star couple Nam Da Reum and Kim Sae Ron has received a lot of attention from the audience.

In The Great Shaman Ga Doo Shim, Nam Da Reum plays a handsome high school student who is rich, well educated and has the ability to see evil spirits. No longer a child version of other actors, Nam Da Reum is now able to become the male lead and has more opportunities to show off his skills. 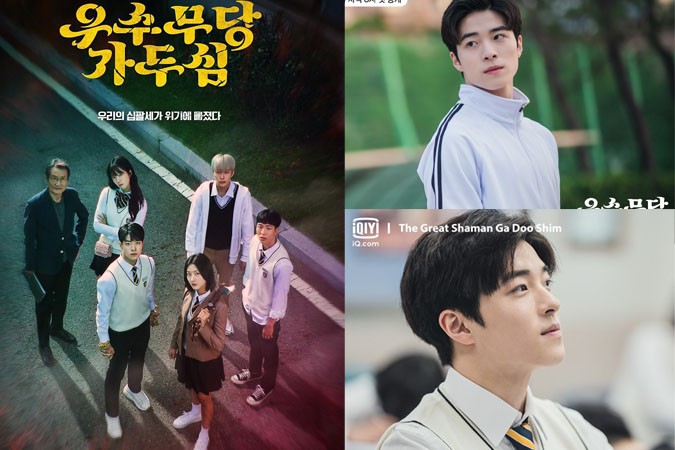 At the same time in 2021, Nam Da Reum has confirmed to join the cast of the movie Monstrous along with Koo Kyo Hwan, Shin Hyun Bin, Kwak Dong Yeon, etc. This is a work of the director Train To Busan and has The content is about a group of people investigating a mysterious object. The film is expected to be released in 2022. 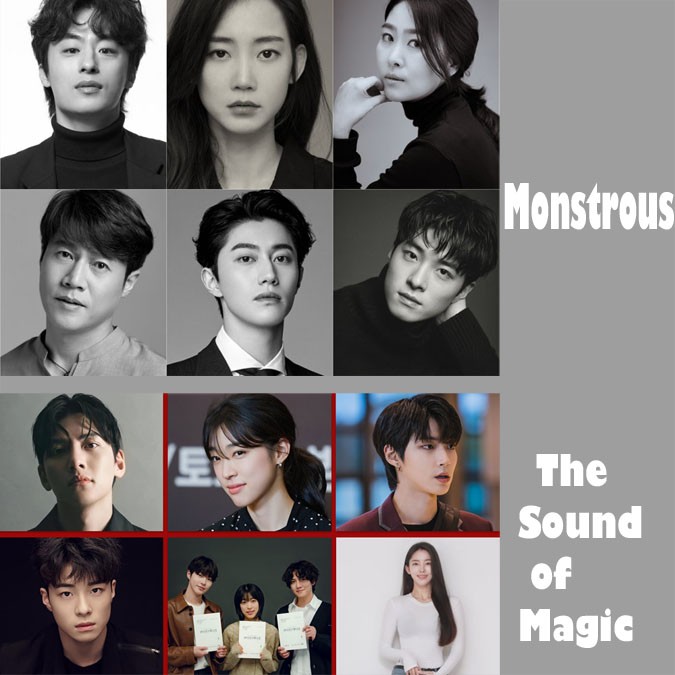 In addition, Nam Da Reum was also announced to appear in The Sound of Magic, a new Netflix project. This time, Nam Da Reum will collaborate with Ji Chang Wook, Hwang In Yeop, and Choi Sung Eun. Currently, there is not much information as well as the specific release date of the movie.

From a child star who specializes in taking on childhood versions of the main actors, Nam Da Reum has now begun her journey to become the main character in her films. Hopefully, with an actor with full beauty and talent like Nam Da Reum, he will continue to have the opportunity to promote and shine even more in the future.