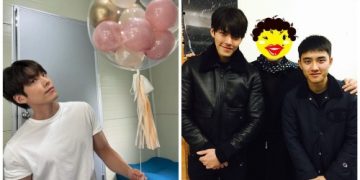 On July 28, Kim Woo Bin updated his Instagram with a new photo. 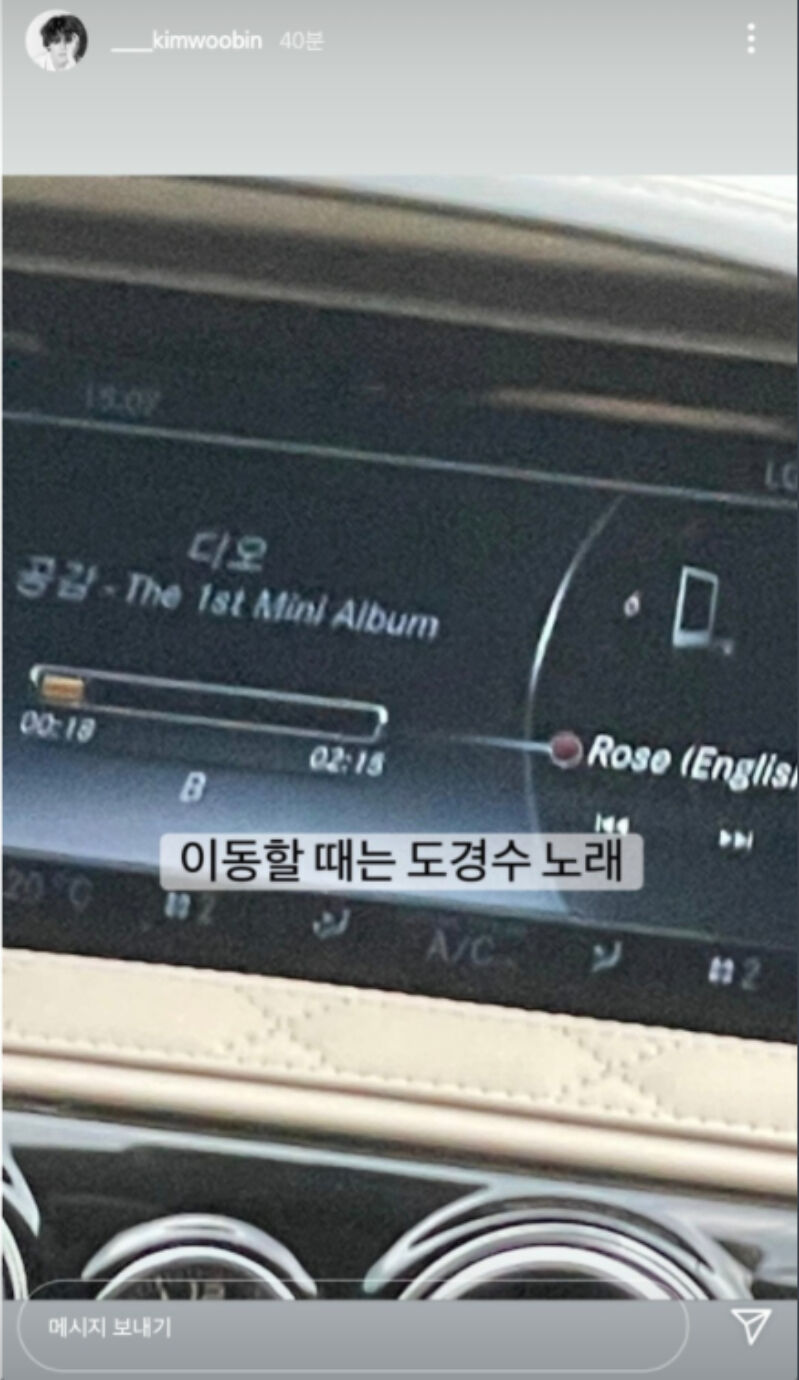 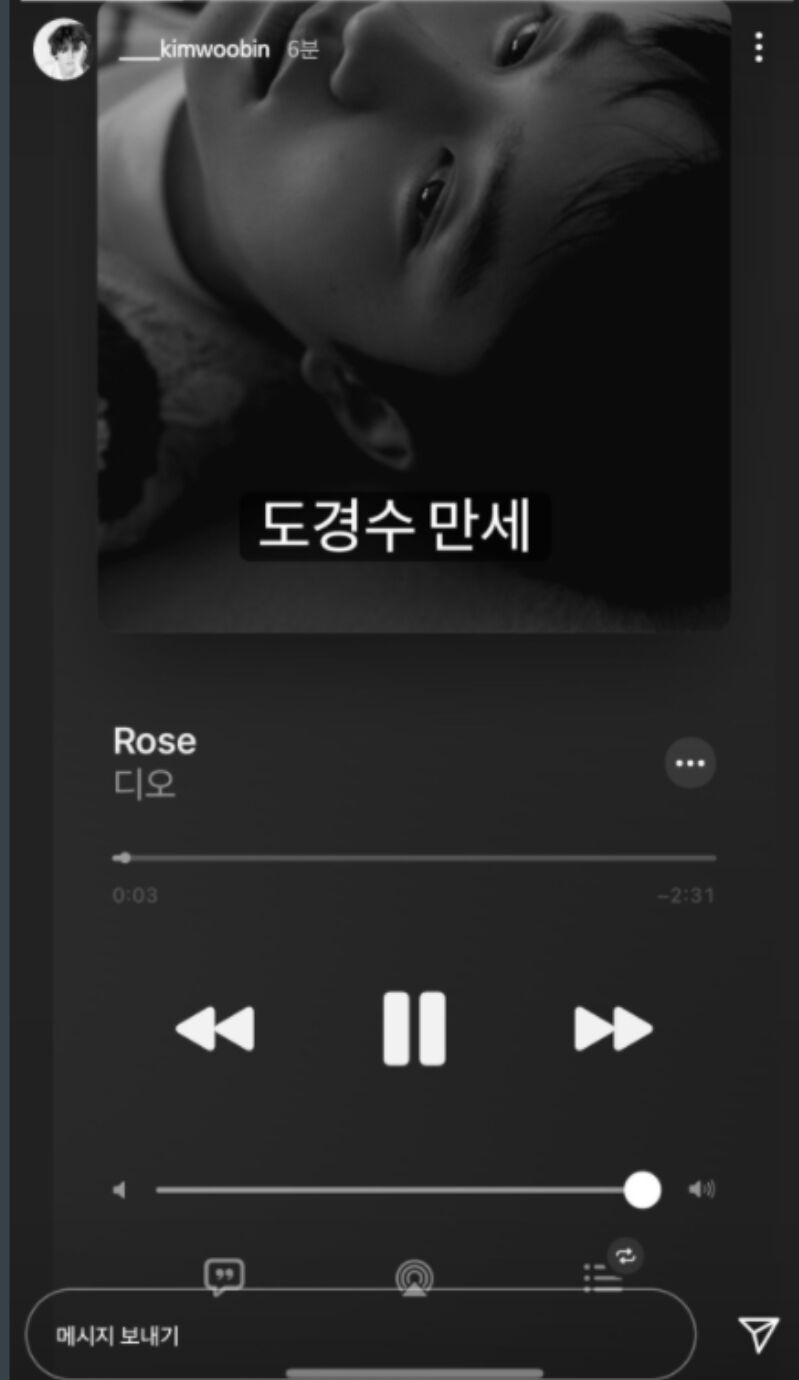 On the photo, Kim Woo Bin wrote, “I have to listen to D.O.’s song while in the car.”
Actually, this is not the first time Kim Woo Bin shared that he heard D.O’s new song.

Back on July 26, the day “Empathy” was released, Kim Woo Bin posted a screenshot showing him streaming “Rose”. 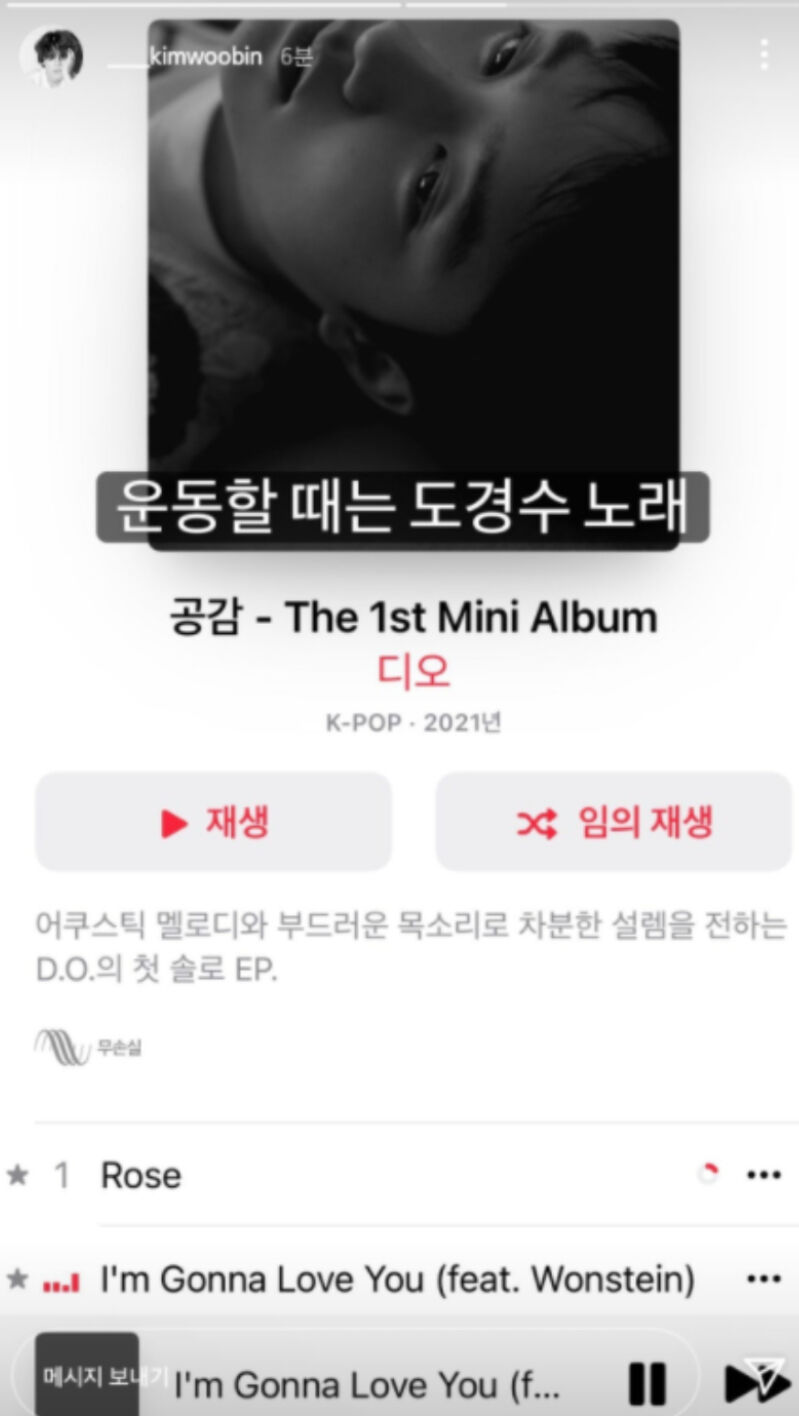 Kim Woo Bin wrote, “Hooray for Do Kyung-soo (D.O.’s real name)!”
Then, on July 27, Kim Woo Bin posted a screenshot of him streaming one of the sidebar content of ‘Empathy’ titled, ‘I’m Gonna Love You’ .

Along with the screenshot, the actor said, “I have to listen to D.O.’s song when I practice.”
Kim Woo Bin and D.O. known for being close friends with actors Zo In Sung, Lee Kwang Soo and more.