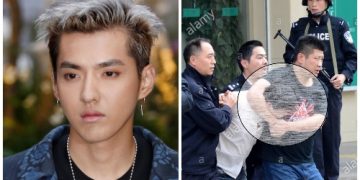 According to the Chaoyang district public security in Beijing on July 31st, Kris Wu was arrested for further investigation on his sexual assault allegations. It announced, “In response to the accusations that Kris Wu has repeatedly exploited young women for sex, the police has arrested Wu who has a Canadian nationality for further investigation on his rape allegations.”

The police have yet to reveal details on Kris’s charges. Stay tuned for updates.