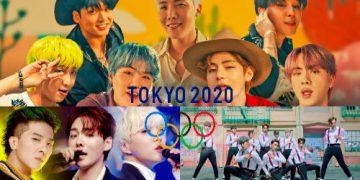 Have you heard these song being played in Tokyo Olympics 2020?

The most awaited Tokyo 2020 Olympics have officially started that made a lot of fans excited especially those who love and into sports. If you’re watching or supporting each game from Olympics , and you are also a fan of kpop you might probably notice and heard a lot of kpop songs being played during a particular events/game. Keep on reading to know what songs by kpop artist are played during this first week of the olympics.

Here are 13 Kpop Songs that was played during a particular game in Tokyo Olympics 2020;

5 Kpop Groups Who Never Had Any Official Announcement of Disbandment

1. BTS – “Permission To Dance”
BTS’s latest song was played during a broadcast of Men’s Gymnastics!

The Tokyo 2020 Olympics is until August 8th, and a lot of kpop fans are hoping for more K-Pop songs to be featured during a particular game broadcast.