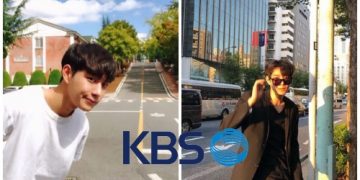 Everything surrounding the cast of the movie “School 2021” has not stopped since actor Kim Young Dae decided to withdraw from the cast of this movie.
Soon after, a representative of KBS said that it was his fault and that his withdrawal caused production delays and great economic losses for them.
Following the statement, as the actor began receiving some criticism for lacking a sense of responsibility, Kim Young Dae’s agency OUTERKOREA responded with a detailed explanation of why the actor decided to terminate his lead role contrac texposing all the behind-the-scenes complications allegedly caused by the show’s production company, King’s Media (now KINGSLAND).

“Hello, this is OUTERKOREA. This statement is regarding the production of School 2021. First and foremost, we would like to thank the channel, director, and staff members involved in the casting of Kim Young Dae for the male lead role in the highly-respected “School” series. We apologize to the fans who have sent love and support for the actor when he took on the role as well.

We want to make it clear, however, that we have terminated Kim Young Dae’s lead role contract as of June 21, 2021 for some complications that simply could not be resolved. Please note that since March of 2020, we have worked ceaselessly with the production company to figure out a way to keep Kim Young Dae on the show.”