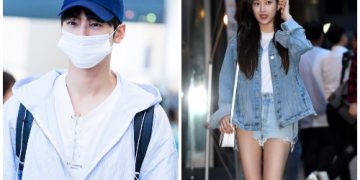 Cha Eun Woo and Moon Ga Young are dating? The rumors of their dating are getting quite popular!
The True Beauty craze has not stopped increasing since True Beauty ended. This makes the main actor couple of the film, actor Cha Eun Woo and actress Moon Ga Young, loved by many viewers, especially millions of international fans. It really is still a craze for fans.
Therefore, many fans who love the couple have spread rumors that they are dating. 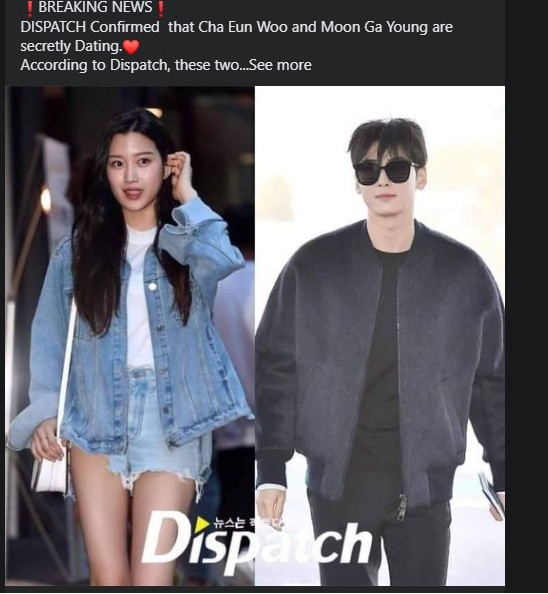 Cha Eun woo and Moon ga Young show off the best chemistry behind the scenes of True Beauty. Not only did they provide behind-the-scenes photos of themselves together for fans, but they also posted a photo together with their hands clasped in their hearts. Their picture won the title of Best Couple Photo Frame. This has fans hinting that the two are in a romantic relationship. During the filming, they brought many touching scenes to the fans.

Cha Eun woo also said about Moon Ga Yeong that during the filming of the drama True Beauty, I fell in love with her. Their dating rumors are becoming quite common. However, there is no confirmation yet. Moon ga young and Cha Eun Woo were also spotted hanging out by Dispatch, but things have not been confirmed yet. 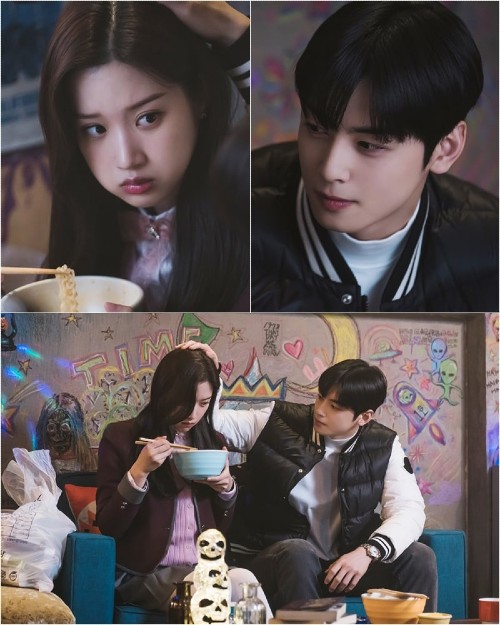 Moon Ga Young also received many compliments from Cha Eun woo, especially a kind and touching letter from eun woo. However, she did not disclose all the letters and read only this part of the letter.

“It’s hard, isn’t it? You did a great job! I was able to do well for you. Thank you. I was very worried about this. I was very worried and pondered about it. Let me know if anyone bothers you”.
Eun woo who always plays the cold handsome on screen is how sweet to Moon ga Young. This shows how sweet their relationship is with each other and how he protects her.
As far as we all know, Cha Eun woo and Moon Ga Yeong both attended the same school, Sungkyunkwan University. And they have known each other since then. 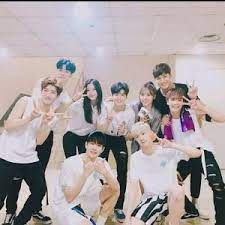 In 2017, she uploaded a commemorative photo of the two of them together from college on her Instagram account. In the photo, she is standing next to eun woo with a smiling face.
Although there is no concrete evidence to prove that they are really dating, nothing can be confirmed as both have not made it public. 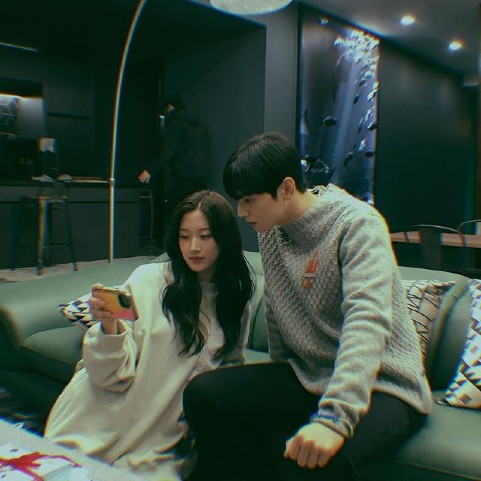 We and the fans of the Cha Eun woo and Moon ga young couple all wish for a happy ending for this couple and luyoon respects their privacy.