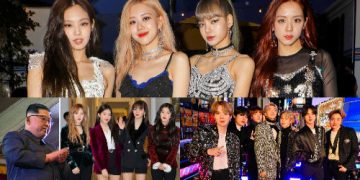 These kpop groups had an amazing and groundbreaking performaces!

Kpop Entertainment Industry is quiet popular all over the world , some fans even love to stan different groups with potential and incredible talent, skill , and visual. To be precise K-Pop is now making its way toward international and global domination. Some popular groups even given the previlege to perform in such prestigious events that will forever become part of kpop history and will remain an iconic / remarkable Kpop Performance.

Below are the 5 Most Remarkable Kpop performances in some landmark events/occasions!
1. BLACKPINK at Coachella 2019

BLACKPINK is the only kpop group that made history in 2019 as the first female K-pop group to perform at Coachella as well as ny U.S. music festivals

BTS also made history in Kpop as the first K-pop group to perform at ‘New Year’s Rockin’ Eve’ in 2019 that were become one of their many major accomplishments.

4. MONSTA X In US Music Charts

Monsta X another boy group who made a huge impact in America with their English songs and collaborations, bringing them into the US music charts. Monsta X also became the first K-pop act to join the Jingle Ball concert tour in 2018 and to perform at the iHeart Radio Music Festival in 2019.

Red Velvet made history in Kpop as the only K-pop girl group to perform at the 2018 ‘Spring is Coming’ concert in North Korea.