Kris Wu Destroyed His entire career in just one night after leak the biggest horror scandal of 2021.

Kris Wu Destroyed His entire career in just one night after leak the biggest horror scandal of 2021.

by admin
in NEWS, CELEB
0
ADVERTISEMENT

Kris Wu Destroyed His entire career in just one night after the biggest horror scandal of 2021.

All brands in China have removed or hidden their adverts with pop star Kris Wu, while cosmetics brand, Kans, announced the termination of their contracts shortly after the Chinese culture bureau announced a ban. He is engaged in art activities in China.

Netizens were shocked when Kris Wu’s Douyin account still increasing to more than 270,000 followers in the midst of the scandal.

Now the scandal of him luring an underage girl into sex broke out on China’s Twitter-like platform, Sina Weibo on Sunday, which has truly destroyed Kris Wu’s career. Kris Wu, the Chinese-Canadian singer who was accused of adultery by his girlfriend Du Meizhu in early July, once again caused a stir on Chinese social media on Sunday after Du revealed more details in an interview. with NetEase Entertainment. 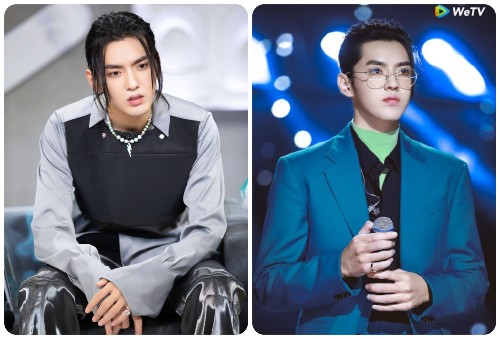 Du further revealed that Wu used various methods to identify and lure young girls for sex. Du claimed that the number of victims, including herself, far exceeds eight, among whom two are minors. Du stated that she had returned Wu the hush money, about 500,000 yuan ($77,166), in installments and was ready to go through legal procedures.

As of Sunday evening, the topic “NetEase interviewed Du Meizhu” had more than 204,000 comments and over1.66 billion views by Chinese netizens on Weibo.

On the entertainment hot search list on Weibo, eight of the top 10 searches were related to Wu, the Global Times found.

Many netizens have called on brands to terminate their partnership with Wu.

In addition, a post by the official account of China Central Television News, which promoted Wu’s new song in May, was also deleted.

Kans announced the termination of their cooperation with Wu at 7 pm on Sunday, while Bestore said that its agreement with Wu expired last November.

Wu and his team have made no reply about the latest interview since July 8 when they issued a legal statement saying that Du’s words were not true.