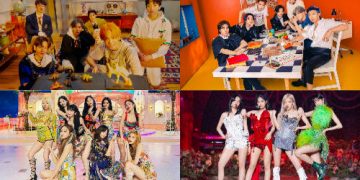 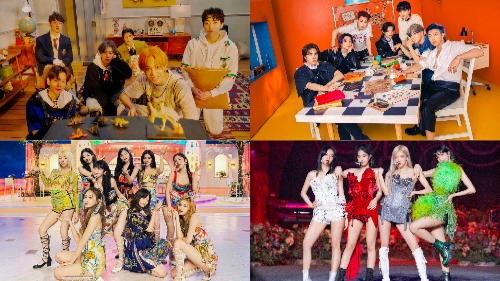 Here are the Top 4 Entertainment companies with the most album sales in the first half of 2021;

Sales of NCT albums contributed the highest to SM Entertainment’s album sales with over 5,025,765 album sales copies. As well as EXO’s albums, including the group’s special album, and solo releases of the members also contributed significantly with 2,443,351 album sales copies. Other sales came from Super Junior with 582,704 copies, SHINee with 574,957 copies, Red Velvet with 331,300 copies, TVXQ Yunho’s solo album 188,946 copies , SuperM with 65,718 copies , and Girls’ Generation’s Taeyeon with 25,377 copies.

Fourth spot goes to YG Entertainment, as for this company more than half of their total sales came from BLACKPINK with 877,659 copies, especially from Rosé’s debut solo album ‘R’ with 587,818 copies. The rest of the sales came from TREASURE with 329,863 copies, WINNER’s Seungyoon with 122,301 copies, and iKON’s Bobby with 54,221 album sales copies.