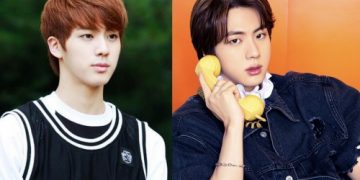 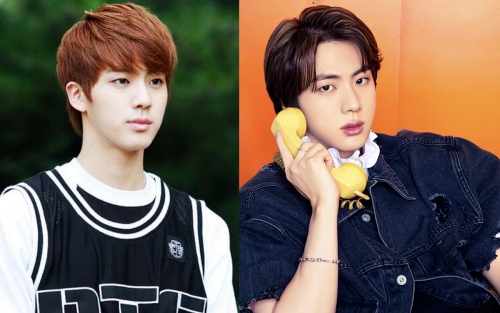 The seven members of the BTS group threw away their naivete, taking care of their appearance and style after eight years of artistic activities.

1. V
V debuted in the entertainment industry at the age of 18 (left), with a young face, dyed forehead hair and straight nose bridge. At the age of 26, he constantly transforms his appearance with colorful hairstyles. He is 1.78 m tall and weighs 63 kg. Soompi commented that V’s style is both diverse and consistent. He often cuts his own clothes, coordinates and collects branded bags. 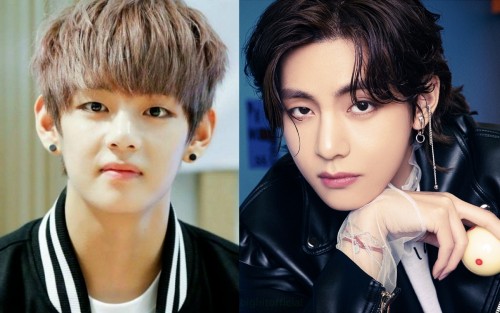 Singer born in 1995, real name Kim Tae Hyung, in charge of singing and dancing. President Bang Si Hyuk gave him the stage name V – short for “Victory”. In 2017, he was voted as the most handsome face in the world by TC Candler – an independent critic of American cinema, art and beauty. 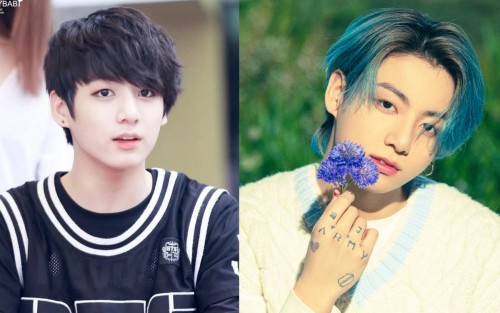 At the age of 24, Jungkook, 1.78 m tall, weighs 70 kg. Korean beauty experts commented that he has beautiful eyes, straight nose bridge and friendly personality. When he first debuted, the singer attracted fans with his childish and cute face.

Singer full name is Jeon Jung Kook, born on September 1, 1997 in Busan. He is the youngest member of BTS, nicknamed “Golden maknae” (golden maknae). In addition to singing, he is also talented in painting, guitar, and hip-hop dancing. Last November, he won People’s “Sexiest International Man” poll. In 2018, movie site TC Candler (USA) voted Jungkook as the second most handsome in the world. 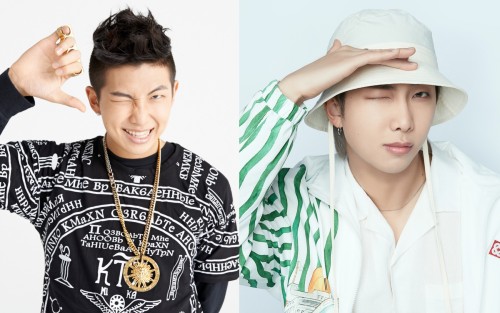 RM at the age of 19 and 27 (right) doesn’t change his contours too much. Currently, he is 1.81 m tall and weighs 68 kg. Fans think that his appearance is average, attractive thanks to his personality, wit and IQ of 148. He often scores points on international stages with his ability to “shoot” English like Korean. According to SBS, he taught himself foreign languages, having achieved 900 points in the TOEIC test when he was in middle school.

The singer’s real name is Kim Nam Joon, born in 1994 in Ilsan. He is the leader of BTS – in charge of the rap part. 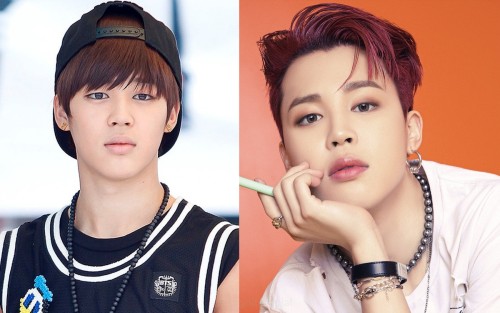 In 2013, Jimin often chooses a personality style, preferring to wear his hair over his forehead, wearing an upside down hat and black eyeliner. At the age of 26, his lines are more and more perfect, constantly appearing in international beauty polls. He is 1.74 m tall and weighs 62 kg.

He was born in 1995 in Busan, real name is Park Ji Min, plays the role of singing and dancing in the group . 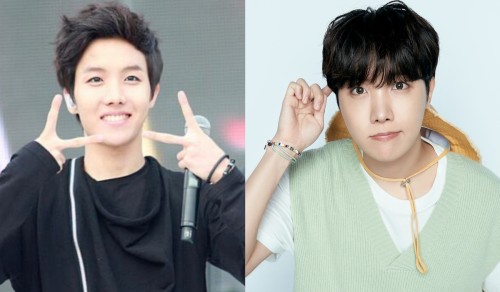 Compared to eight years ago, J-Hope is no longer skinny but fuller. Currently, he is 1.77 m tall, weighs 66 kg, likes to have his hair covered his forehead.

Singer born on February 18, 1994, real name Jung Ho Seok, is a rapper and “most beautiful dancing machine” BTS. In March 2018, he released Hope World – the first solo mixtape in his career. The song ranked 38th on the Billboard 200 and 16 Top Album Sales (top-selling album), making J-Hope the highest-charting Korean solo artist on this prestigious chart. On February 4, he was predicted by Forbes to make a breakthrough when he sang solo in the US in 2021. 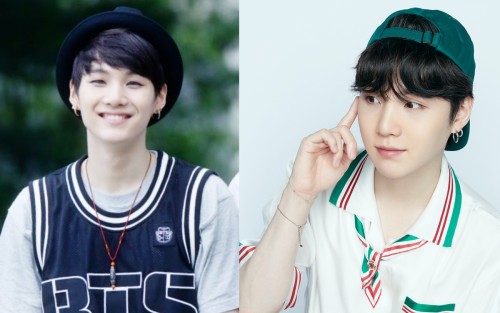 In a joke, BTS members teased Suga with urban and modern beauty. When he first debuted, he was quite simple, liked to laugh, and had a close personality. At the age of 28, he is 1.74 m tall, weighs 62 kg, his facial features are somewhat changed, more handsome. He also took care of his hairstyle and clothes to impress the audience.

Suga’s real name is Min Yoon Gi, born in 1993 in Daegu, South Korea. He holds the position of rapper in the group and is a famous music producer in the world. The singer also composed many songs that exposed the dark side of society and encouraged young people to pursue their passions.

According to Naver, Jin – the representative face and brother of the group – has not changed his features, still as young as when he debuted. At the age of 29 (right), he has side bangs, weighs 65 kg and is 1.79 m tall. Since childhood, he was often praised by his relatives for being chubby and handsome.

Experts say he has the “golden ratio without dead corners”, topping the list of “Most Handsome K-Pop Idols” of K-Pop Vote; “The most perfect male face in the world” by Sluis Painting. He also ranked first in King Choice’s “Most Handsome Man in the World 2019” poll and was chosen by the doll design company CzDollic (Czech Republic) as “The most handsome face”… For many years now, fans call Jin “Worldwide Handsome”. His real name is Kim Seok Jin, born on December 4, 1992 in Gyeonggi-do Province.