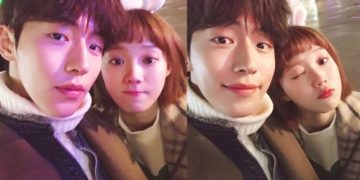 After rumors of Lee Sung Kyung and Nam Joo Hyuk dating again, The Chinese media said that the couple broke up because of family opposition.

After rumors of Lee Sung Kyung and Nam Joo Hyuk dating again, The Chinese media said that the couple broke up because of family opposition. 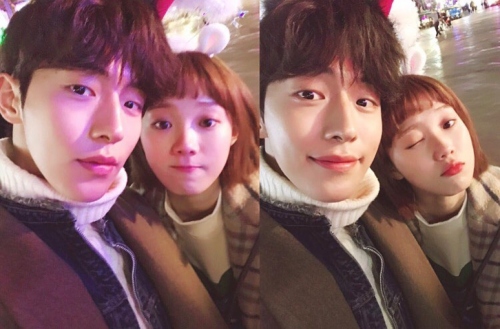 Recently, netizens spread rumors that the couple Lee Sung Kyung and Nam Joo Hyuk were dating again after a breakup. Recently, the Chinese media made theories about the cause of the couple’s breakup in 2017.

1. The Chinese media said that Lee Sung Kyung and Nam Joo Hyuk broke up because of family opposed.
Although confirmed the breakup from more than 3 years ago, but recent “evidence” confirmed that the two still keep a close relationship with each other.

Before confirming the breakup, Lee Sung Kyung and Nam Joo Hyuk were one of the most beautiful couples in the entertainment world of kimchi when possessing a sparkling look, luxurious charisma and model style. Because they were so beautiful, many fans expected that the two would progress in their relationship in the future.

Although both have now confirmed their breakup after 4 months of dating, for fans who love Weightlifting Fairy Kim Bok-Joo, they still hope that the couple Ky – Ta will return soon.
Recently, a Chinese media site suddenly said that the reason Lee Sung Kyung and Nam Joo Hyuk broke up was because they were opposed by their family.
According to the Chinese newspaper, more than 3 years ago, Lee Sung Kyung and Nam Joo Hyuk were both new actors, without a firm foothold in the Kbiz entertainment industry. So the family wants the two to temporarily stop loving each other to build a career.
This information surprised many fans. If this is true, then surely the two will still love each other. This makes fans look forward to both reuniting in the future.

Unlike other couples, once a breakup is to erase the “trace” of the opponent on social networks. Farewell but Nam Joo Hyuk and Lee Sung Kyung still retain the opponent’s photo on the instagram.