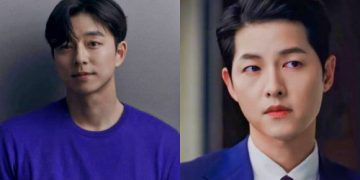 What do you think is their reason for not using social media?

We are already in the modern age were technology and social media made a huge impact to us and all over the world. It has its own advantages in making our life easier and our communication with other people seamless and easy. Even our favorite celebrity have their own social media accounts in order to connect with their supportive fans. However , there are still some korean celebrities who rarely use social media despite their big popularity among fans.

Below is the list of 5 Male Celebrities who do not use social media;

Actor Gong Yoo revealed to fans that he tries to not divulge his personal life online because there will always be memories that he will want to forget.

Yoo Jae Suk revealed that he does not use social media because he fears becoming addicted to it and ending up not doing other things throughout the day.

Song Joong Ki shared that he does not use social media because he is not a techy type of person. He does have an Instagram that is run by his agency, but he does not have a personal account.

Kang Dong Won shared that he does not use social media because he has nothing to share, he’s personality is to not talk with many strangers, and he does not see how it can be a form of communication.

Actor Dong Ha shared that he thinks social media brings a lot of issues, so for him it is better to be safe than sorry even though he agrees that social media is a good tool to communicate with his fans.