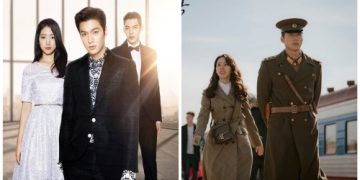 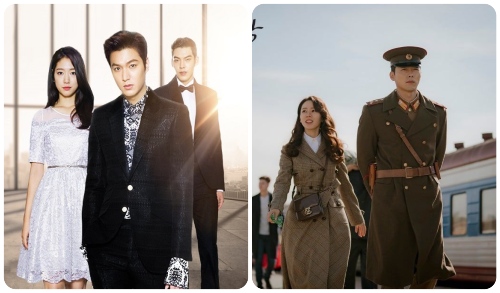 Crash Landing On You 2, The Heirs 2

Objective article from Lovekpop95, not for commercial purposes for K-pop movies, only to spread the love of K-drama to fans around the world.

Who can replace Son Ye Jin to create chemistry with Hyun Bin in Crash Landing On You season 2?

Crash Landing On You season 2: Hyun Bin and Son Ye Jin found a place to film for season 2?

Recently, Korean filmmakers have begun to care more about the audience’s feelings than ever before, many successful Kdrama films have been recommended by fans to be renewed for the next seasons. And the producer followed the audience’s wishes when The Penthouse: War in Life season 2 and season 3 were produced, and followed by the movie that was requested by many viewers to make a new season, Love Alarm, was also produced. season 2. And most recently, the producer Sweet Home also announced the production of season 2.
Therefore, Lovekpop95 thinks that this is a new trend in the Korean film industry.
At the moment, in the opinion of many lovekpop95 viewers, two films that are very much desired by fans are Crash Landing On You 2, The Heirs 2.
1. The Heirs

The Heirs , also known as The Inheritors, is a South Korean television series starring Lee Min-ho, Park Shin-hye and Kim Woo-bin. Written by Kim Eun-sook, the drama is set in a high school populated by the privileged and uber-rich. It aired on SBS from October 9 to December 12, 2013.

Due to its star-studded cast and writer Kim Eun-sook (who previously wrote Lovers in Paris, Secret Garden and A Gentleman’s Dignity), international broadcasting rights were sold to 13 countries. It had the highest selling price in Japan among all the 2013 Korean dramas at US$30,000 for each episode. And as of January 26, 2014, the series has garnered more than one billion views on Youku, China’s biggest video streaming site.
According to lovekpop95, This is a movie that brings the success of the two main actors, Park Shin Hye and Lee Min Ho. It is The Heirs that the star couple has become global in popularity. And of course fans love The Heirs and love the Minshin couple, they have made many petitions for the producer to continue producing The Heirs 2.
Hope it becomes a reality soon.
2. Crash Landing On You
Crash Landing on You is a 2019–2020 South Korean television series written by Park Ji-eun, directed by Lee Jeong-hyo and starring Hyun Bin, Son Ye-jin, Kim Jung-hyun and Seo Ji-hye. It is about a South Korean chaebol heiress who, while paragliding in Seoul, South Korea, is swept up in a sudden storm, crash-lands in the North Korean portion of the DMZ, and meets a captain in the Korean People’s Army. Over time, they fall in love, despite the divide and dispute between their respective countries.

The series aired on tvN in South Korea and on Netflix worldwide from December 14, 2019, to February 16, 2020. It is the highest rated tvN drama and the third highest-rated South Korean TV drama in cable television history.
After CLOY ended, the main actor couple Hyun Bin and Son Ye Jin publicly dated, making Binjin the hottest couple at the moment in Kbiz. Many viewers and even lovekpop95 also want CLOY to really have a season 2.
We hope to see Hyun Bin and Son ye Jin reappear in Crash Landing On You 2 soon.