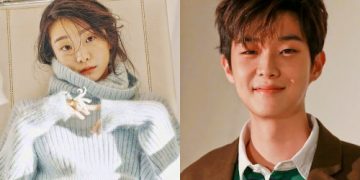 From enemies on The Witch to Lovers on 'Us That Year'!

It’s confirmed actress Kim Da Mi and Actor Choi Woo Shik will reunite again in another project from Naver Webtoon’s first ever self produced K-Drama ‘Us That Year’. According to recently press release shared by ‘Us That Year’ , Choi Woo Shik and Kim Da Mi alongside Kim Sung Chul and Roh Jeong Eui will be the lead cast for the upcoming SBS Rom Com K-Drama.

The story is about the complicated feelings of a couple who broke up on bad terms but made a lot of documentary film and good memories together back in their high school days. However their film went viral that lead and force them back in the spotlight together. The drama will also bring a lot of mixed feelings , love stories , memories and growing pains.

Actor Choi Woo Shik will play the role as Choi Woong , a free spirited building illustrator. He didn’t have any dreams and rarely show his true self , however his emotions come out once he meets Gook Yeon Soo. The actor also shared his excitement in reuniting with Actress Kim Da Mi and can’t wait to release their upcoming drama for his fans to anticipate for it.

Actress Kim Da Mi will play the role as Gook Yeon Soo a public relations expert. She only wants success in life and it was all started when she was in school who tends to excel as the number 1 student. Once she got a job and accepted as a publicist , she eventually received recognition as one of the top ones in society. Gook Yeon Seo always make sure to work hard for her success but one thing about her that most people don’t know is that she still carries a wound in her heart and a feeling of emptiness and loneliness. But once she reunites with Choi Woong , her feelings begin to change.

Kim Sung Chul will play the role as Kim Ji Woong , a documentary director who love to observe other people. He is known for having a lonely and omniscient perspective in life. But once he begins working with Choi Woong and Gook Yeon Seo on their reunion documentary his personality will also began to change.

Roh Jeong Eui will play the roke as NJ , a top idol who is preparing for the second chapter of her life to success. She is known for having an overflowing visuals and skills and always received a big support among fans. She is also at the top of the class of idols who had a lot of fans. But she decided to back out after working for so long as idol to try living a more simple and normal lifestyle. She begins taking an interest in Choi Woong due to his amazing illustrations, which helped comfort her and began to like him as a man.

The upcoming drama ‘Us That Year’ will be the second time Choi Woo Shik and Kim Da Mi will work together, as they both starred in 2018 movie The Witch.

Stay tuned for more updates about the release date of ‘Us That Year’ drama!

For more k-news and k-updates consistently open your tabs here on lovekpop95.com to be updated everyday!