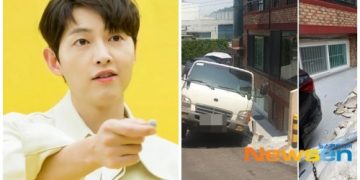 Song Joong Ki is currently at the center of controversy when he was accused of illegal construction by his neighbors in the Itaewon area, Seoul, and arbitrarily increased the slope of the road surface for vehicles to transport materials to the construction site. This both violates the road management law and makes other cars more prone to accidents and scratches. There was a dangerous accident on June 15, a truck skidding nearly crashed into the opposite building. 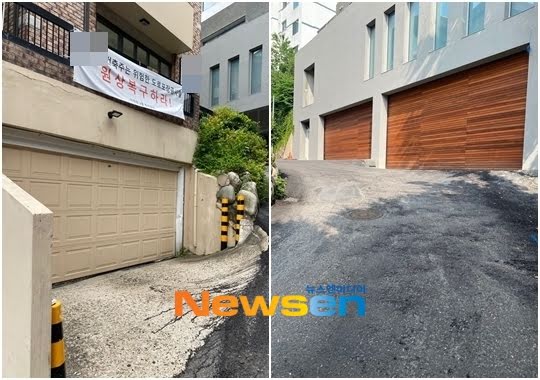 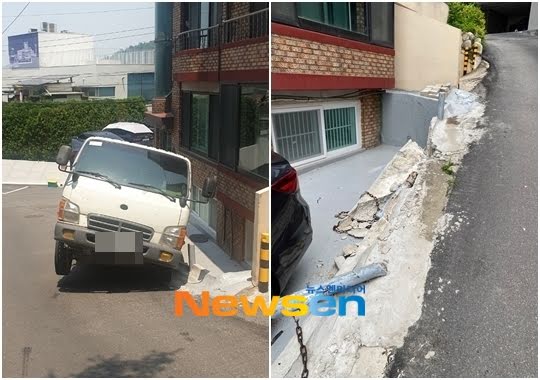 The Yongsan District Government (Seoul) declared that it is illegal to modify the road without a permit and asked the actor to restore the road to its original state. To date, HiStory D&C has officially spoken about this incident, saying that they are trying their best to resolve the issue.
HISTORY D&C said, “Ever since last year, construction work has been underway at [Song Joong Ki’s] residence in Itaewon, Yongsan District, Seoul. Some of the private land purchased by Song Joong Ki had been previously used as a road, and that part was included in the design and construction. However, after receiving complaints about inconveniences that restrict traffic, [the actor] allowed some of the private land to be used as roads. There was a problem in the process of changing the road for traffic once again.”

The agency added, “We will make sure to correct this matter without as much inconvenience as possible. We submitted a corrective plan to Yongsan District Office as of July 1. We’ll try to solve it as soon as possible.”