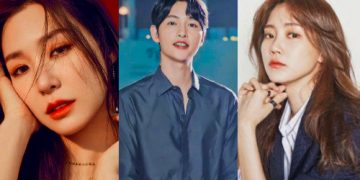 Imagine them as powerful cast lineup if they accept the offer!

According to some reports on June 29 , Tiffany Young has been offered and cast in the upcoming JTBC webtoon based drama “The Youngest Son of the Chaebol Family”. It was also said that Tiffany reportedly received the role of a foreign-born South Korean character.

Aside from Tiffany , the upcoming drama has also offered main roles for popular actor Song Joongki and Shin Hyunbin.

The drama ‘The Youngest Son of the Chaebol Family’ will focus its story on Yoon Hyunwoo , a man who gets framed for embezzlement and is eventually murdered after dedicating more than a decade of year of his life to a Chaebol Family. Yoon Hyunwoo will then returns as the chaebol family’s youngest son Jin Do Joon and will plan a revenge against the family.

Meanwhile, Tiffany will be playing the role as Roxy Hart in the musical ‘Chicago’ who have been receiving praise for her talent as musical actress.