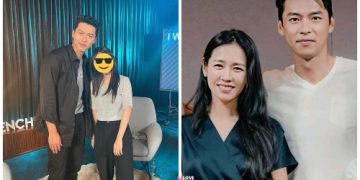 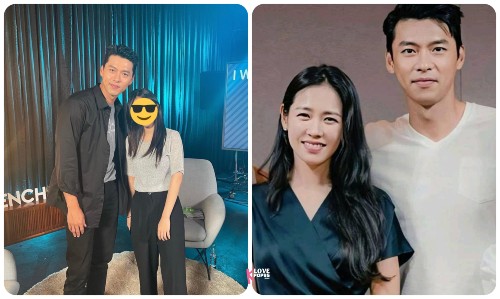 Not Son Ye Jin, a girl has her husband just passed away made Hyun Bin burst into tears right on the livestream! 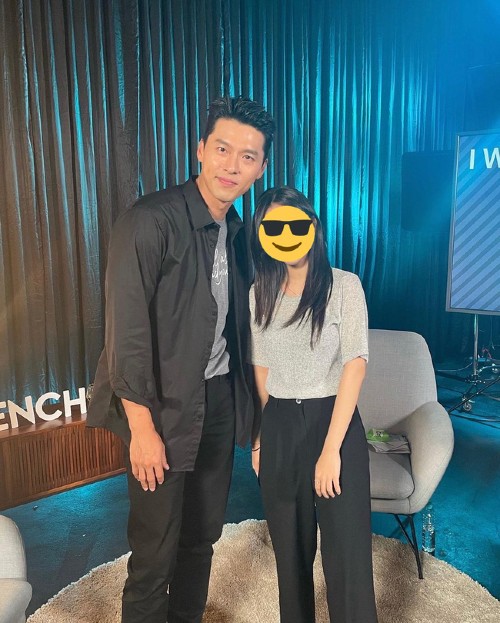 On the afternoon of June 27, netizens suddenly spread the image of Hyun Bin happily taking pictures with a woman who is said to be in the rehearsal for the actor’s upcoming fan meeting on July 11. . The photo quickly caused a storm all over social networking sites.
Although he has turned 40, Hyun Bin’s handsome beauty still makes fans admire because he is so perfect, his skin is not inferior to Korean female stars.

Besides, one thing that makes the audience somewhat worried is that Hyun Bin is a bit thinner than before. However, there are also people who think that because the actor wears a shirt that is a bit wide, it makes him look a bit thin.

At the present time, Hyun Bin – Son Ye Jin is the most popular couple today. Too matched in terms of appearance, fame, and status, the audience is expecting the two to have many appearances together to satisfy fans.