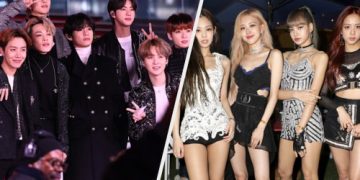 Recently, fans between the two most popular K-Pop groups, BTS and Blackpink, had a feud on Twitter. There are a handful of malicious fans of both groups that have left negative comments on each other. This la,f arose a conflict between them.

Currently, many of these annoying netizens have taken to social media to trend hashtags # #blackpinkdisband to draw attention to a few of these self-proclaimed malicious individuals. are BLINKs.

Are they really proud to say these things? And then they say "it's only a few blinks who throw hate" or "blink has never made fun of other artists' bodies" or "those fandoms are exaggerated and have no proof", I'm ashamed of them. #blackpinkdisband pic.twitter.com/fpnO3mCQ4x

"trending is too much" as if calling 875 slurs and being racist is nothing ? yeah fuck blinks #blackpinkdisband pic.twitter.com/Gb62AmGiiZ

I hate all blink you are sick people, you need a doctor go and check yourself#blackpinkdisband pic.twitter.com/FaSZr9X5xs