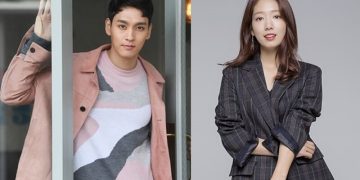 And Lovekpop95 went up to look at Park Shin Hye and Choi Tae Joon’s Instagram profile, and saw that:
Park Shin Hye owns an Instagram page with 11.7 million followers. She regularly posts photos of her daily life. The fact that she did not mention her boyfriend on her Instagram page was only because she wanted to keep her love life secret and private.
Choi Tae Joon owns an Instagram page with 1.2 million followers, he often shares about the projects he participates in as well as his daily life.
His latest post is a photo taken with actress Sooyoung to say goodbye to the movie “So I Married The Anti-Fan”.
He wrote, “I’m very thankful to everyone who loved “So I Married the Anti-Fan” until the end. I’m also thankful for the director, staff, and actors who helped throughout the filming process, and I miss them. I was very happy to have met Who Joon and had lots of fun. I also felt sad watching the final episode and can remember every moment from the shoots. Sincere thanks to those who showed us love. I love you.”
This also just proves that he is also a lover of privacy and does not want his career to suffer under the giant shadow of his girlfriend.