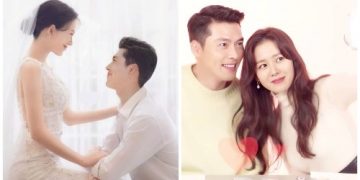 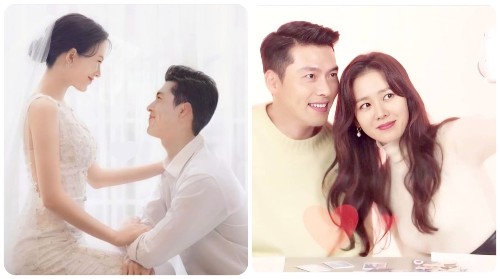 Immediately after that, Hyun Bin and Son Ye Jin’s management companies, VAST Entertainment and MSTeam Entertainment, confirmed that the couple was indeed dating. The relationship developed after the movie “Crash Landing on You” ended. According to the two companies, the couple came together because of their similarities and common interests such as werewolves and golf. At the same time, the company also hopes that everyone will continue to support the couple to develop a good relationship.

2004 – Fateful meeting
2004 was the beginning of their relationship when Hyun Bin attended the VIP screening “A moment to remember” by Son Ye Jin with Jung Woo Sung. Although he came to support Jung Woo Sung, when asked, “Aren’t you expecting Son Ye Jin?” the actor shyly replied, “Oh yes”. 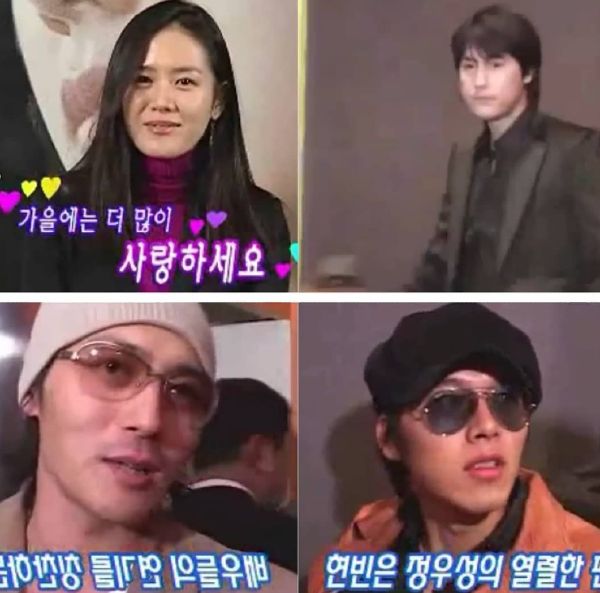 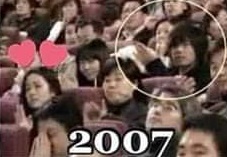 In 2007, the couple continued to be present at a VIP movie premiere event. However, the two could not see each other, because Hyun Bin was seated on the top row, while Son Ye Jin was seated in the lower row.

2010 – Both of them attended the event in matching outfits 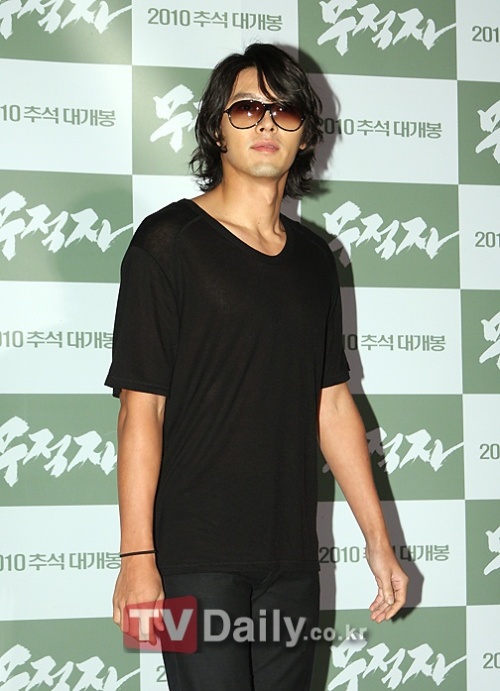 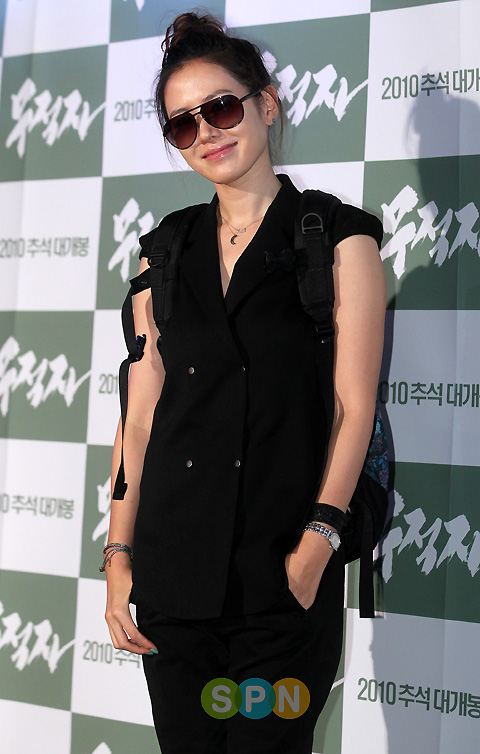 Appearing at this event together, Hyun Bin and Son Ye Jin are said to be dressed in the same style. Both are dressed in black from head to toe, wearing identical black glasses. Looking back at the photos of the two at the event, many people confirmed that this was the fate of both.

In 2011, Son Ye Jin suddenly appeared as a cameo in the last episode of the drama “Secret Garden” starring Hyun Bin and Ha Ji Won. At that time, everyone simply thought that it was normal for famous actors to appear in movies as cameos. Because, they often accept cameo roles because they have a close relationship with the director or producer. 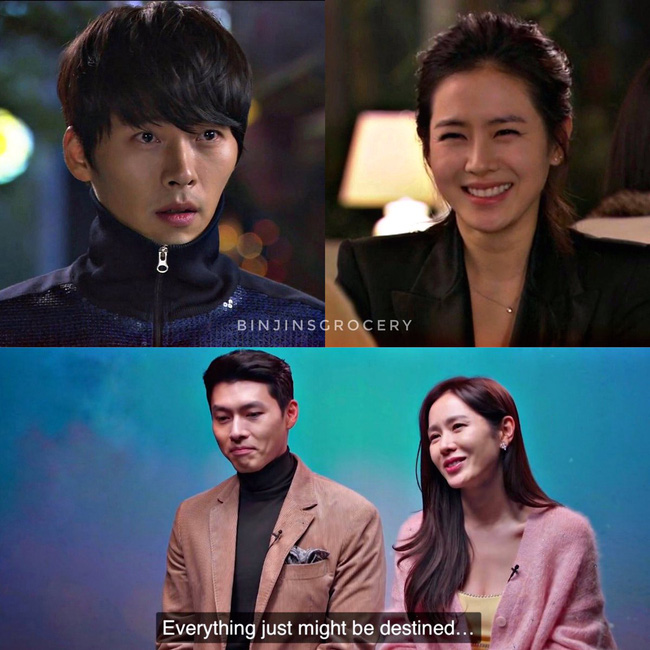 The couple officially had their first frames together at the 2014 Puchon International Fantastic Film Festival. Here, Hyun Bin and Son Ye Jin were not only seated next to each other, but both were also accepted. an award.

Not only that, the media also continuously “captured” the moments when Son Ye Jin used “very loving” eyes to look in Hyun Bin’s direction. That loving gaze became one of the couple’s most precious moments.

“The Negotiation” is an important milestone, marking the first time Son Ye Jin and Hyun Bin collaborated. Although it is a criminal work, in which Hyun Bin and Son Ye Jin are people of two fronts, behind the scenes, the couple has many romantic moments.

After the filming of The Negotiation was completed, the group also conducted a promotional campaign. This is also an opportunity to help the couple get closer to each other. Hyun Bin is one of the most present actors on Son Ye Jin’s personal page. At that time, the actress constantly posted selfie moments with her boyfriend. 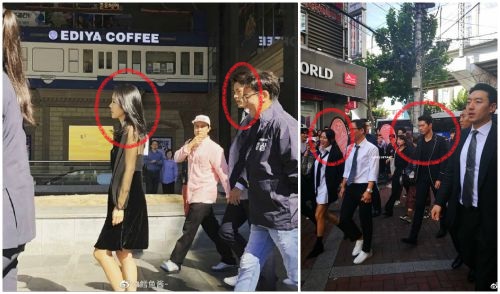 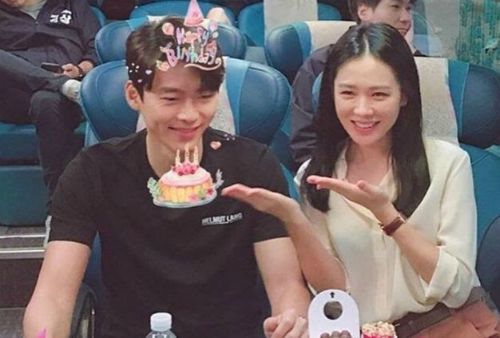 Not only on the film but also behind the scenes, the couple also had many romantic moments that made fans excited. Even people think that looking at these moments makes them believe that both of them have feelings for each other.

From the beginning of 2019 until 2020, the couple was constantly entangled in 3 – 4 dating rumors. First, let’s talk about the images of the two of them going to the supermarket to buy things together in the US. This image has caused a stir in the online community.

And then, whatever happens, will come, on January 1, 2021, Dispatch officially revealed that Hyun Bin and Son Ye Jin started dating from March 2020 with photos that couldn’t be more true. Dispatch announced that, the couple has been dating for 8 months, both have the same hobby of playing “werewolf” and playing golf. 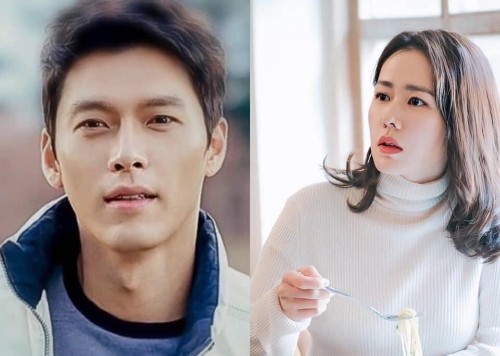 Soon after, the representatives of the two main characters’ management companies also confirmed that they are indeed dating. At the same time, hopefully, everyone will continue to support so that they can develop their feelings in the best way. Son Ye Jin then through a post on her personal page, she affirmed that she was lucky to have met a good man.

The only thing that fans are looking forward to right now is a wedding with a beautiful ending for this cult couple.