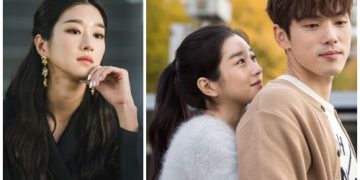 On June 11, Seo Ye Ji posted to her official fan cafe, writing, “Knowing there are people who believe in me is something that makes me feel good.” This is the first time she has spoken in front of fans after 2 months of scandal with her ex-boyfriend.
Here are some of the fan reactions:
“I can’t help but see similarity between her real personality (assumption the allegations involving her bf are true) and her character in “it’s ok to not be ok”.”
“I believe in Seo Ye-ji.

I believe in her ability to dominate men.”
“As much as people don’t like that korean celebs tend to always respond to any scandal they are involved in with an apology, regardless of whether they are right or wrong, i think wouldve definitely benefitted alot from doing it in this case. the situation doesn’t necessarily mean that they are admitting fault or guilt upon the accusations but it shows that theyve reflected on it and show willingly to present themselves in the best possible way moving forward And its not like KJH wasn’t getting the majority of backlash from it, then and now, but at least he apologized and presented his side of the story in a serious and reflective manner.”