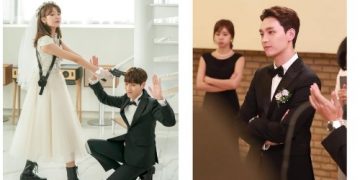 So I Married An Anti Fan is currently one of the movies that are loved by many viewers. The sweet chemistry of the couple Choi Tae Joon and Sooyoung (SNSD) is praised by many fans.
However, on June 9, while together livestreaming to promote the movie, Choi Tae Joon caused controversy when he announced that he wanted to bring Sooyoung back to his parents while in real life the actor was dating an actress. Park Shin Hye, and Sooyoung is happy with Jung Kyung Ho.
He praised his co-star and said, “She’s the type of person I would want to introduce to my family, and I don’t think she’d have a problem eating a meal with my parents.” 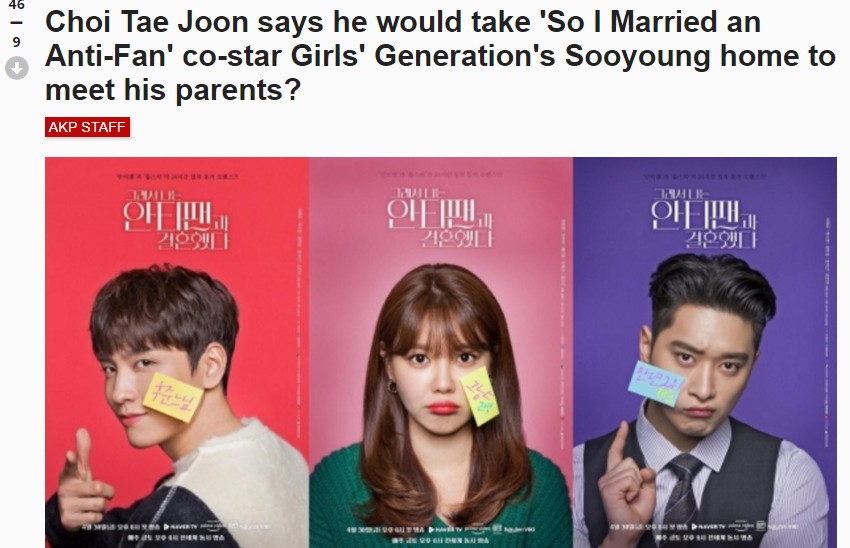 “Taejoon really loves to tease her and we saw that on their making film.😍 They’ve been really good friends since they were alumni and I’m so happy to see them again. Taejoon really adores Sooyoung so much. Our Sooyoung eonni is really full of charms and charisma. 💗”

“hahahaha no worries I know what that means it means that they are very close friends and it’s not a big deal taking your friend home for a meal with your parents hahahaha … I love that they are still good friends …”
In addition, recently, many Chinese – Korean media have also predicted that Park Shin Hye and Choi Tae Joon will get married this year.