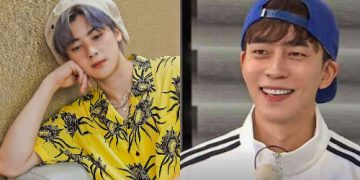 Recently on June 10 , the production team of the show ‘Master of the House’ announced the unfortunate news through an official statement. They confirmed , Cha Eun Woo and Shin Sungrok , who became part of the big show for a long time will leave the show. It is also said that the two’s final episode will air on June 20, 2021.

One representative of the show even said “After careful considerations , our team decided to respect the members’ decisions to leave and let them focus more on their main careers.” They concluded , “We will always continue to cherish the two.”

It is not yet confirm whether there will be a new members who will join the variety show to replace Cha Eun Woo and Shin Sungrok.

Are you also sad with this sudden news regarding Cha Eun Woo and Shin Sungrok departure for the show? Let us know!