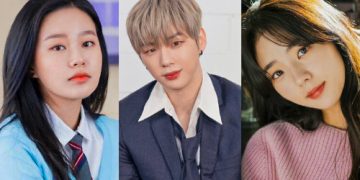 According to some reports on June 6 , The ‘True Beauty’ actress Park Yoo Na is currently in talks to play the role as Kim Ki Na , a college student in the upcoming series “Our Police Class’ .

The upcoming series is a disney+ and police school drama written by Lee Ha Na and directed by Kim Byung Soo. The drama is also set on a police school campus , and the story focuses on the  dreams , challenges and courage of young aspiring students.

It is not yet confirm, but if actress Park Yoona accepted the role she will be joining Shin Ye Eun , Lee Shin Young and Kim Woo Seok in the upcoming series. Kang Daniel and Chae Soo Bin are also in talks to play the main lead characters of “Our Police Class” drama.

Stay tuned for updates on “Our Police Class”!

For more k-news and k-updates , consistently open your tabs here on LOVEKPOP95 , to be updated everyday!