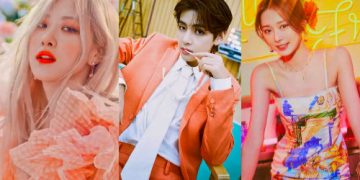 TC Candler recently revealed their Annual Independent Critics List of the Top 100 Most Beautiful/Handsome Faces for this year 2021. Just like the previous years , anyone can nominate the candidates for the critics list but it’s all up to TC Candler to pick among the most desire by fans to become part of the official nomination list. So far , a lot of kpop idols and korean celebrities are included in the nomination. It is also expected that there will be more kpop idols and celebrities who will be nominated in the future!

Below are the K-pop idols and Korean celebrities who have been nominated for the title so far!