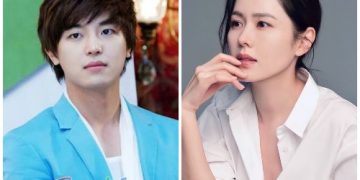 On June 1, JoyNews 24 reported that actor Yeon Woo Jin will be starring in the movie “Thirty-Nine” alongside Son Ye Jin And Jeon Mi Do.
Notably, Yeon Woo Jin will play the male lead along with the female lead Son Ye Jin in this drama.
In response to the reports, Yeon Woo Jin’s agency Jump Entertainment commented, “It is a project he is positively considering,” while Lee Moo Saeng’s agency Alien Company shared, “It was true he received an offer to star in ’39,’ and he is reviewing [the offer].”
Son Ye Jin will play a dermatologist who grew up in a pampered environment. Although not much is known about Yeon Woo Jin’s role, but he will be Son Ye Jin’s love interest in the drama.