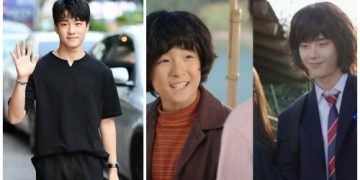 Rising star Nam Da Reum, who is currently collaborating with Kim Yoo Jung on “The 8th Night”, is a young yet talented actor.
He was born in 2002, currently Nam Da Reum is 19 years old, however he has been acting since he was 7 years old. His first role was as a childhood Yoon Ji Hoo (Kim Hyun Joong) in the Korean classic title Boys Over Flower.

The boy’s cuteness and innocence have captured the hearts of millions of fans.
It is extremely special that he has established his career so far while often playing the child version of male leads. In particular, he’s appeared as a younger version of Lee Jong Suk in three works: the film “No Breathing” and the dramas “Pinocchio” and “While You Were Sleeping.”
Nam Da Reum’s sociability and respect for seniors makes him always loved by everyone.

In an interview, he shared about receiving a message of encouragement from senior actor Lee Jong Suk: “I think that’s because the adult actors are really handsome,” he said with a laugh. “I’m just grateful. I’ve played the young version of Lee Jong Suk a lot, and when we meet he greets me warmly. After the end of SBS’s ‘While You Were Sleeping,’ he sent me a message to say that I’d worked hard. I’m grateful.”
We hope that Nam Da Reum will achieve more success in the future with more lead roles in movies.