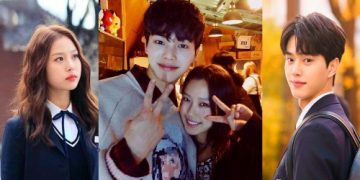 Song Kang received a thoughtful gift from his former co-star Go Min Si!
Go Min Si has shown warm support for Song Kang’s upcoming drama.
On May 26, the actor showed off on his Twitter account pictures of himself posing with a truck full of food and coffee sent by actress Go Min Si.
Banner on the snack truck says, “Please take care of Kang, who’s really something. From Min Si? Gul Mi? Eun Yoo????” Go Min Si’s character in “Love Alarm” is called Gul Mi, and her character in “Sweet Home” is Eun Yoo. The vertical banner reads, “I know ‘Nevertheless’ will hit the jackpot nevertheless. Eat well and keep it up until the last day of filming! From actress Go Min Si.” 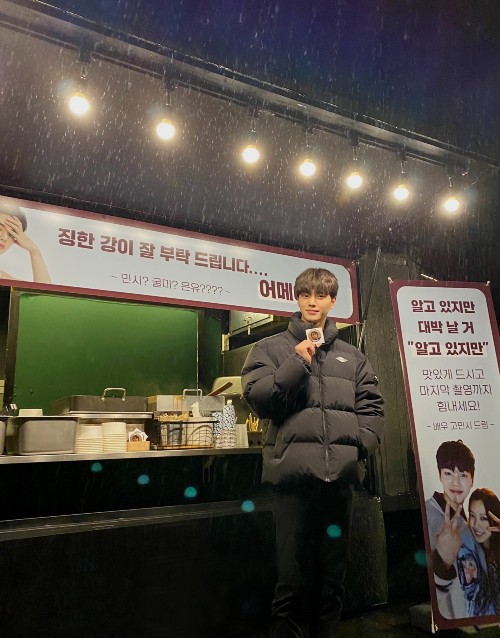 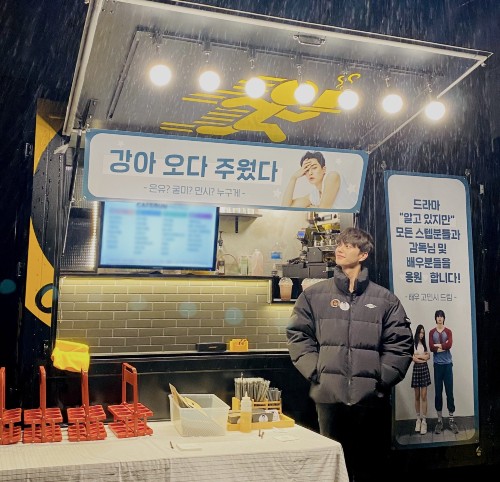 For the horizontal banner on the coffee truck, Go Min Si wrote, “I picked it up on the way here.” This is a phrase Koreans commonly use to say that they didn’t go out of their way to prepare the gift. Again, she signed, “Eun Yoo? Gul Mi? Min Si? Guess who?” In the vertical banner, she says, “I support all of the staff, director, and actors of the drama ‘Nevertheless’! From actress Go Min Si.”

Go Min Si and Song Kang became close friends after working together on the dramas “Love Alarm” and “Sweet Home.”