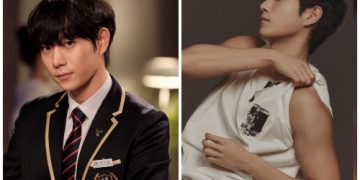 The TV series School started its 1st season in 1999 with “School 1”, It had 5 seasons ( 2013, 2012, 2001, 2000, 1999 ).
And this will be the 6th season produced by SBS.
The TV series has become a launch pad for many stars Ha Ji Won, Im Soo Jung, Gong Yoo, Jo In Sung, Lee Jong Suk, Kim Woo Bin and Nam Joo Hyuk.
Kim Young Dae expressed his feelings of awe and gratitude upon hearing the news of his casting. He stated, “Because it is a ‘School’ series with tradition, I will do my best to make sure all the viewers can enjoy the new series. I felt connected to my character Jung Young Joo because he has a story and I felt empathy towards him. Throughout Young Joo’s anger and wounds, I want to be with him while he experiences growth.”