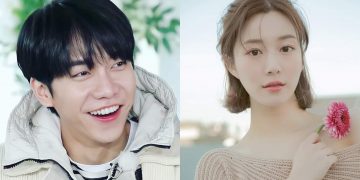 Recently , on the afternoon of May 24th , a lot of media outlets, articles and entertainment website reported that actor Lee Seung Gi is currently dating actress Lee Da In. Actress Lee Da In (28 years old) is 5 years younger than him.

According to the report the two have been in a relationship for approximately one year. It is also said that both parties naturally went from friends to dating. It is also said that the two started dating last year through golf that become their common hobbies. Despite their busy schedule they still met whenever there’s no schedule for filming a project and been notifying close acquaintances.

Lee Seung Gi was born in 1987 debuted in 2004 as a singer and expanded into acting as well. He is appearing on the variety show ‘Master in the House’ and recently ended drama “Mouse.”

Lee Da In was born in 1992 and is known as the daughter of veteran actress Kyun Mi Ri and the younger sister of Lee Yu Bi. She started her acting career in 2014 and recently appeared in “Alice”.