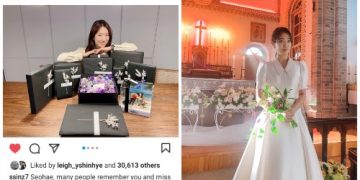 On May 22, actress Park Shin Hye shared on her personal Instagram page a picture of herself next to the lovely gifts she received from fans and colleagues. 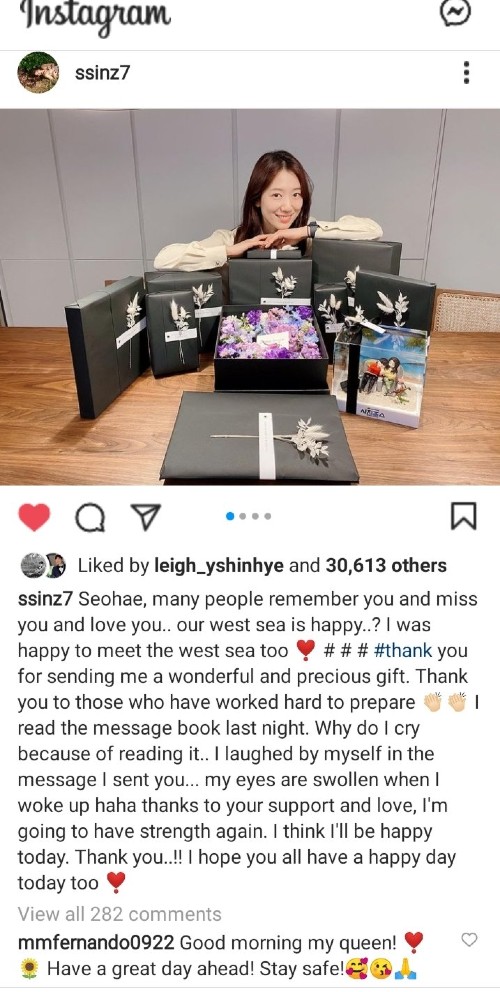 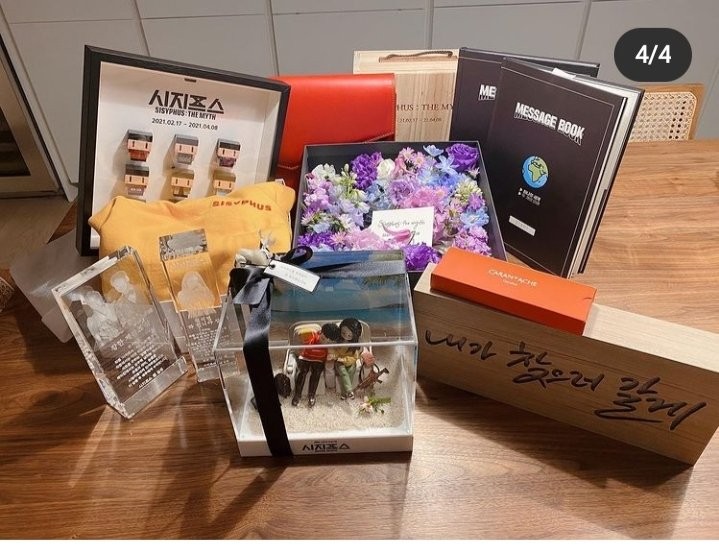 She said thank you for the people who prepared these gifts & that she read the messages & cried & now has swollen eyes Face with tears of joy .
“Thank u for the love & support im going to have a strength again. Im happy i hope you all have a happy day too”

Recently, after her boyfriend Choi Tae Joon was officially discharged from the army after 2 years of serving in the army, she and her boyfriend were believed by fans and Chinese media to be preparing for an upcoming wedding.